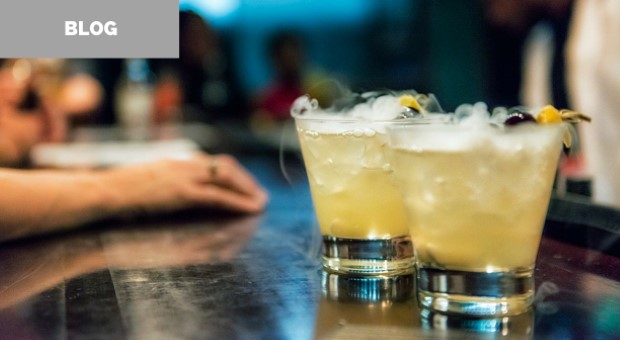 Listening to a scientific lecture in an ambient-lit nightclub while drinking a cocktail. In South Africa they do it.

Stylishly dressed women and men are sipping on their brightly colored, smoky dry-ice cocktails prepared by bartenders in white lab coats in nightclub the Orbit in Johannesburg. The audience isn’t waiting to be entertained by a live performance or a comedian in this softly lit nightspot situated in the trendy neighborhood of Braamfontein. Received with applause professor Himla Soodyall enters the stage and begins to talk about Neanderthals, DNA and the genetic history of modern humans.

“Our goal is to bring science closer to the people through entertainment”, says associate professor Konstantinos Zoubos prior to the lecture, while adjusting a projector displaying questions on a wall like ‘‘Did modern humans have sex with Neanderthals?’ and ‘How did humans occupy the whole planet?’. According to the physicist who was born in Greece but nowadays works at the Pretoria University, the idea is to present science in a relaxed and informal environment, hopefully extending knowledge to reach a broader audience and demystifying scientific topics to a certain extent.

‘Science affects every aspect of life’ 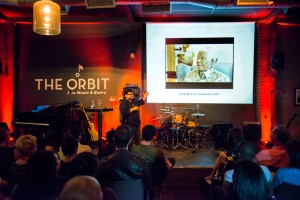 “I would normally feel somewhat intimidated by such a lecture but in this environment it was really nice”, Tracy Keylock (42), a visitor who works as a copywriter, says after the show. Visitor Leslie Makotoko (26) also appreciates the idea of a science event for people outside the university. “Most people rarely get to discover science while it affects every aspect of life.”

Earlier topics of the Science & Cocktails night were the behavior of dung beetles, a possible vaccine against Aids and the mysteries of light. The first Science & Cocktails event took place in Copenhagen in 2010 and now attracts over 700 people per event, Zoubos tells, who was one of the co-organizers in Denmark as well. In Johannesburg, around 180 people attend the Science & Cocktail nights regularly, says Zoubos who thinks the number will grow in the future. 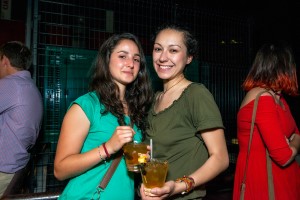 ‘Not every academic is a good speaker’

Finding the right scientists can be a bit of a challenge, though. “Not every academic is a good speaker”, Zoubos admits. Geneticist Sooyal detests difficult terminology in general, she says while sipping on a bright red cocktail in the dressing room after her presentation. “Like anybody else, a scientist should always try to use plain language.” Sooyal is very enthusiastic about the Science & Cocktails concept. "I do give lectures outside the university frequently but the attendees are almost exclusively gray-haired while the audience here is much younger," says the geneticist.

Zoubos and co-organizer Kevin Goldstein would love to expand to other African countries, like Tunisia or Kenya. But first, they want to professionalize in South Africa and hope to be able to fly over more scientists from other parts of the country in the near future. Zoubos: “I believe that Science & Cocktails might have an even bigger impact in Africa than in Europe as more people really look up to scientists over here and the gap between science and the rest of the society is still much bigger. Besides, there are fewer informal science events like science cafes and TedEX in Africa.”

Trendy food markets lure people from the suburbs to downtown Johannesburg and turn the once dangerous area into a multicultural, pleasant neighborhood.