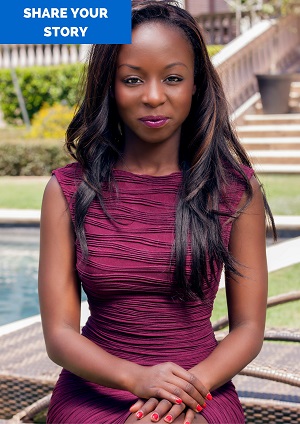 After having experienced first hand the challenges of starting a business in Africa at Suitsupply, entrepreneur Tania Habimana wanted to tell the African business story the way it is. “Not making it too glossy or too dark, but putting the real story out there. I thought: there is no other way to do this than by showing it on camera.”

For the Tailored Business Show, Tania receives support from AIR FRANCE KLM Club Africa. In addition to sharing exclusive interviews and stories on Club Africa, Tania will be organising a series of networking events in major African and European cities – so stay tuned! The events will give viewers and Club Africa members a unique opportunity to continue the business discussions featured on the show, as well as meet other like-minded business people.

At the age of 22, Tania Habimana found herself in the position of eCommerce Analyst for Suitsupply’s global website in the Netherlands. But she wanted more, and enrolled for the CEMS programme at the Rotterdam School of Management. When the question came how Suitsupply could possibly retain her, the two compromised: Tania would study fulltime, while exploring operations for the band in Africa. All on her own, eventually Tania ventured to launch Suitsupply’s first brick and mortar in Africa, and became the firm’s General Manager for the African entity.

“At Suitsupply in Johannesburg I dressed, and had the opportunity to speak with, the most amazing entrepreneurs from all over Africa”, says Tania. “Due to my Rwandan roots as well as my Belgian and British upbringing, I carry the African diaspora in me. For about a year I tried to find a way to merge my occupation of tailor with my desire to tell the African story. A show was born – the Tailored Business Show – in which I return to Africa and build not Suitsupply’s but my own suit business, from scratch. My business evolves during the show, which makes it so interesting to watch – I experience first hand what it is like to be an entrepreneur in Africa.” 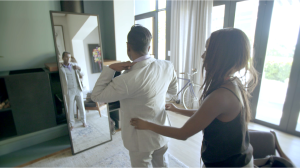 Finally, Tania resigned from Suitsupply and pursued her dream of telling the African story, head on. Throughout the series, viewers see what it’s like to build a business in Africa today. “I start with an idea, and don’t know how to take it from there. One of the first people willing to meet me is a private equity consultant, of whom I heard he is specialised in business plans. Just so you know – everything on the show is unscripted. It’s really me and him for the first time that day. And he tells me it’s fine not to have a strategy. What a relief! His input genuinely helps me to move on from there.”

How will the show capture challenges in a way that do them justice? “When I previously worked in Africa for Suitsupply, I was bound to run into challenges. I struggled with immensely high import duties on textiles, obstructing my intention to provide good value for money while not going bankrupt. In the Tailored Business Show, I ask some of the entrepreneurs I meet how they would solve the problems I encountered. I then take their advice and put it into practice, in the show, in real time.”

To watch the show’s first episode, check out the video below. With the feedback Tania receives from viewers and entrepreneurs alike, she will set out to film the entire show before the summer. In September 2016, the Tailored Business Show will go live. Club Africa members will be informed!

Goodwell: on the lookout for impactful African entrepreneurs

Goodwell is an impact investor whose portfolio stretches across the African continent. What makes this member’s investment strategy so impactful?

Entrepreneur Céline Victoria Fotso (Cameroon) built an online platform that generates over 1.5 million page views per month. Read how she did it.