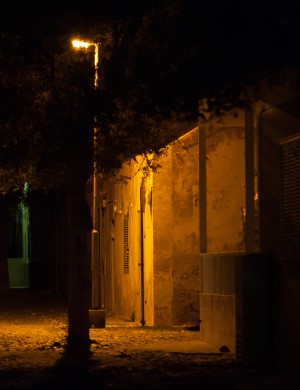 Kenya Power has opened a tender for the delivery of street lights material for Nairobi, a project that will boost the city’s economy and decrease crime. The project will cost a little over Sh 10 billion, € 87 million.

Nairobi, which is home to about 4 million people, has approximately 24,000 street lights and 7,300 public lighting masts covering 30 per cent of the city, according to the power firm. According to the electricity distributor, 40 cent of these lights (or 9,600) are currently defunct; it will cost approximately Sh953 million to repair them. An additional Sh9.84 billion has been budgeted to install 12,959 new public lighting masts and 54,029 street lights – bringing the cost of the entire project to Sh10 billion.

According to BusinessDailyAfrica.com, Kenya Power advertised its major lighting plan, stating that currently, “business transactions and productive activities are restricted mainly to daytime operations owing to perceptions and experiences of insecurity and limitations of night time visibility,” an advert by Kenya Power appearing in Tuesday’s dailies states in part. In Nairobi, much damage is done by vandals who divert power from security masts, distributing it to houses charging users a monthly fee while. Others pluck the copper wires at the control systems for sale

Nairobi is emerging as a hotspot for investors. It is now Africa’s 3rd business city after SA's Johannesburg and Cape Town on the FDI Attractive List.

The Kenyan startup company BRCK has made it to the '2014 edition of the CNN 10: Startups'.