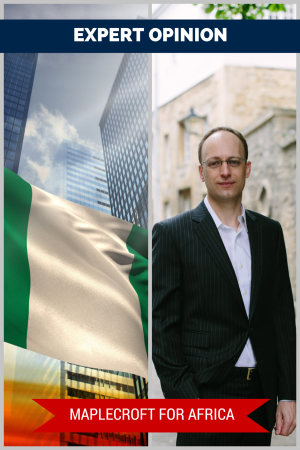 Which Sub-Saharan African countries stand out as particularly business-conducive in 2014?

“To begin with East Africa: Ethiopia’s manufacturing sector is surging ahead. The country shows 7.5 per cent GDP growth in 2014. Kenya demonstrates similarly robust growth at 6.3 per cent. However, we should not forget that al-Shabaab poses a considerable threat in Kenya. Uganda follows suit with 6.4 per cent, and Mozambique is expected to achieve a whopping 8.3 per cent GDP growth.

In West Africa, economic powerhouse Nigeria is growing by 7.1 per cent, although there are many more factors to be taken into account in the country, such as profound threats from Boko Haram. Ivory Coast is performing exceptionally well at 8.2 per cent, and Ghana, a traditional investors’ darling, somewhat falls behind with 4.8 per cent.

In Southern Africa, growth is disappointingly stagnant in South Africa, while Namibia and Botswana display safe and politically stable environments. Overall, in 2013 Sub-Saharan Africa was the world’s second-fastest growing economic region with 5.6 per cent GDP growth – only behind developing Asia at 7.1 per cent, and much ahead of the European Union, whose growth rate was virtually flat.”

“Most certainly they can. We see businesses constructively influence local communities where they provide longer-term, good-quality employment. This kind of employment stabilises communities, reduces poverty, and improves social indicators. As more people earn higher and more consistent wages, Africa’s middle class grows larger and faster. A key component of the business-driving-the-middle-class cycle are the demands for greater political accountability. When people gain affluence, they tend to reinvest in their children’s education and they demand greater accountability from their political leaders.

However, for investors to have a positive influence it is crucial that they invest in socially-responsible business. Workers need to earn a decent standard of living; their wages should be sufficient to support their families. An unproductive and strike-prone workforce can be the result of socially irresponsible business, as recent upheaval in the South African mining sector has showcased.”

Do you think African countries can (and need to) shift away from extraction-based and export-oriented economies, towards producer economies?

“It is not only possible – it is already happening. Take Mozambique, for example. 27 Per cent of its population is unemployed, and 54 per cent lives under the national poverty line. Sharply contrasting with this is Mozambique’s enormous availability of natural resources, such as coking coal and natural gas. If the extractives industry continues to be developed successfully, tax revenues will increase and rail, road, port and power infrastructure will be strengthened. If the government plays its cards right – and it looks like it will – ancillary businesses start to spring up, benefit from and support the extractives industry, and gradually lift the country from poverty.”

Dr Laurie fleshes out how Maplecroft provides multinational companies operating in Africa with the information they need to take strategic decisions.

In a series of two articles, Club Africa sets out to explore what Africa can learn from its petite frontrunner.