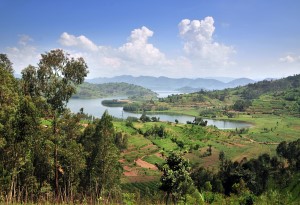 This is Africa reports that tourism is an important source of income for Rwanda. In 2014, Rwanda hosted a total number of about 1.22 million visitors, compared to around 1.12 million in the previous year.

The list of greenest places released by the tourist guide looks at the top countries out of 20 destinations from all over the world that are striving to be environmentally friendly. According to the continental guide, Rwanda scored many eco-points when it banned the use of plastic bags – making it one of the cleanest nations on the planet.

The 20 countries that made it on the list of the countries that are working towards having self-sufficient eco-friendly villages are, in order, Costa Rica, Ecuador, Rwanda, Uruguay, Brazil, Italy, Switzerland, Finland, Pitcairn Islands, the Isle of Eigg of Scotland, Bhutan, Sweden, Australia, Copenhagen, Chumbe Island in Tanzania, Britain, Iceland, Canada Azores Islands in Portugal and Portland, Oregon.

Taking the Family on Safari | Blog