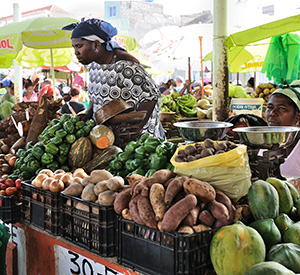 African countries are trying to find ways to charge more taxes to the informal sector that contributes about 55 per cent of sub-Saharan Africa’s gross domestic product.

AFK Insider reports that Kenya plans to widen the tax net to make every eligible tax payer – including the ones in the informal sector – pays tax. With the new tax collection method, the presumptive tax, Kenya will impose an advance levy on businesses that operate informally and without proper documentation. Until about fifteen years ago, Kenyan farmers paid taxes in before selling their produce at market.

Uganda and Tanzania are planning similar measures. In Uganda, one in five households own an informal business, Bloomberg reported.

Image by Cayambe, via Wikimedia Commons

Ivory Coast has been very successful in finding development funding lately. It received more than $15 billion in pledges from donors and lenders.