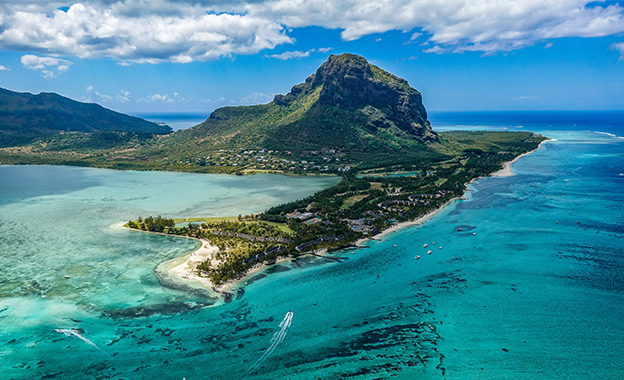 Even a tropical island such as Mauritius has traffic jams. In order to ease the strain on local roads, the island government has just launched the first phase of its $525 million light rail system project.

The light rail system is the island’s biggest infrastructure project ever. The railway’s first stage of 13 km was inaugurated by the country’s Prime Minister. The light rails system is connecting Rose Hill, a town in the central part of the island, to the capital Port Louis. Urban Transport News reports that the next stretch to be developed will connect Curepipe, a town in central Mauritius, to the capital Port Louis. This stretch will be a 26 km (16-mile) route with 19 stations.

The network is being built by Indian firm Larsen and Toubro. Funding comes from an Indian government grant of $275 million and a $250 million line of credit.

The Bank of Mauritius expects the island's economy to grow about 3.8 to 4.0 percent in 2017. The country wants to be less dependent on tourism and sugar.

Mauritius is one of the easiest places to do business in Africa. The small island is one of Africa’s most promising economies, says CNBC Africa.