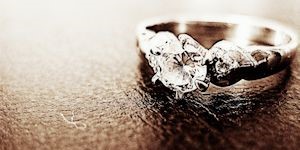 Zimbabwe could double annual platinum production from about 13 tonnes (458,562 ounces) to 20 tonnes (705,479 ounces) by 2020. However, current producers Anglo American Platinum, Impala Platinum and Aquarius Platinum would need $2.8bn in new investment to do so. “Bottlenecks that undermine capital inflows include clarity on indigenisation”, Chitando told told the annual meeting of the Chamber of Mines.

Under the Indigenisation and Economic Empowerment Act, foreign-owned businesses are required to sell at least 51% of their domestic operations to Zimbabwean investors.
Based on Reuters coverage, BDlive reports that Zimbabwe has the second-largest known reserves of platinum after SA, but mines have struggled with low prices, a black empowerment law and power shortages.

Zimbabwe is counting on $1 billion investment

Zimbabwe is counting on $1 billion in foreign direct investment this year. Most of the money is coming from China, Russia and India.

The top 5 of Africa’s richest people is led by Nigeria’s Femi Otedola. The oil magnate was Africa’s highest gaining billionaire in 2015.