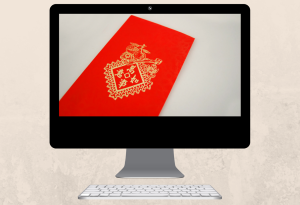 In China, 3.27 billion red envelopes were sent and received online via WeChat during Spring Festival/Chinese New Year this year. WeChat, the most widely used mobile messaging application in China, seems to have won the digital ‘hongbao’ (red envelope) war this year.

Hongbao is an old Chinese people’s tradition. Every Chinese New Year’s Eve, children will be given some money, packed in a red envelope. In ancient times, the money is used to scare a monster. Gradually, giving each other envelopes also became a custom between relatives and friends for good luck in special occasions such as wedding, birthdays, and new-born’s 100th day.

China Daily reports that Hongbao’s used to be physical, but they have now seem to have turned digital for good. And WeChat, which is owned by Internet giant Tencent Holdings Ltd, is this year’s champion of Hongbao, as no competitor came near their sales numbers. The game of giving red envelopes online was invented by WeChat during the 2014 Spring Festival in order to gain new mobile payment users. Many Internet companies have followed suit and introduced their own red envelope services this year.

At the peak time, which came in the first two minutes on Feb 19, as many as 1.65 million red envelopes were opened on WeChat every 60 seconds.