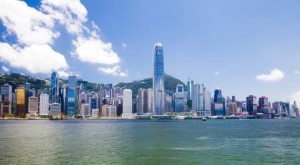 In this week’s episode of BizNews, we look at Business Insider, reporting that, to many economists, China is the only BRIC country that has lived up to the world’s expectations. China’s economic growth may have slowed down, car sales are still going up, especially of European brands like Volvo and BMW. The downside to the grown was apparent during ‘Golden Week’, when large cities faced smog at peak levels.

China, the only true BRIC nation

While some economists have questioned whether Russia, Brazil, and India deserve to be part of the BRIC group of fast-growing economies, all seem to agree that China has been living up to the expectations.

As Business Insider reports, China has done a lot things right in steering its economy, while Brazilian, Russian and Indian economies have shown flaws and dependencies that increase their vulnerabilities.“Yes, China has a burgeoning shadow banking system. Yes, its state-run banks can't guarantee bad debts forever. Yes, the nation has a long way to go in liberalizing its capital account, and yes, the government is right to be wary of social unrest. But for now, it's easy to see China has been the star BRIC nation.”

What Has China Done Right? “While the economy is slowing, it has long been argued that the on-going slowdown was inevitable as officials began to rebalance the economy towards domestic demand. Premier Li Keqiang promised a growth floor of 7.5% in 2013. The Chinese leadership's promise to double per capita income by 2020 is in line with their efforts to boost domestic demand. Moreover, policymakers seem aware of problems in the economy.”
Further reading on businessinsider.com

Full throttle for Volvo and BMW in China

Volvo is becoming more and more popular in China. The Swedish automobile manufacturer has sold 5,719 cars in September in China, up 48.6%, compared to the same period in 2012. Of all the models sold, Volvo XC60 emerged as the top selling model in China. The Swedes sold 2,482 XC60 cars in September, followed by V40 model, which supported the growth in the Chinese market.

As impressive Volvo’s growth percentage may be, BMW is still ‘king’ in China’s luxury segment sales. BMW Group deliveries in China rose 35 percent to 34,166 units in August. BMW, Mercedes-Benz and Audi, the three German luxury automakers that build cars in China, have quadrupled their local production in the last five years and now account for about 75 percent of the premium cars sold in the world’s biggest auto market.

According to Bloomberg, BMW has grown faster than Mercedes and Audi in China in the past two years. It has projected that the country will surpass the U.S. to become its largest single market for BMW this year.
Further reading on automotive-business-review and bloomberg.com

As business was slow during last week’s national holiday week, fog and air pollution in China’s major cities reached peak level. The smog came during one of China's peak travel times — the Oct. 1-7 holiday known as Golden Week, when hundreds of millions of Chinese travel.

The smog levels were so high, that the U.S. Embassy in Beijing issued a pollution warning to American citizens in China. Readings had averaged more than 400 on its air quality index. Anything over 301 on the U.S. Environmental Protection Agency scale is considered hazardous to health. In some areas of Beijing, visibility dropped to less than 500 meters. The air pollution in China lead to flight cancellations and road closures as millions of Chinese headed home from a national holiday. Spectators at the China Open tennis tournament pulled their shirts up over their faces and used masks and bandanas to try to avoid the noxious air. At the Reignwood LPGA Classic, the first Ladies Professional Golf Association event held in China, tee times were delayed to allow some of the smog to dissipate.
Further reading on chinapost.com

Online shopping, the business of art and IKEA – from failure to success | Biz weekly