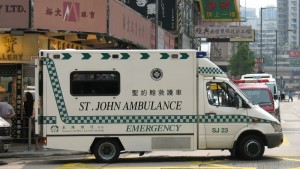 According to Xinhua, more Chinese private companies are looking overseas markets to search for profits. Chinese private enterprises like Dalian Wanda, Shuanghui International and Greenland Holding Group have been involved in a wave of overseas mergers and acquisitions in real estate, food and other areas in recent years.

One example that underlines the trend is Fosun, a Chinese drug maker that is currently involved in a bidding war for American healthcare company Chindex. In early 2014 Fosun made an offer for Chindex, which runs the United Family Healthcare chain in China, the country's first foreign-invested hospital.

In a statement, Fosun said that the healthcare industry is expected to boom in China, a country with a growing and aging population. Considering overburdened public hospitals and increased competition, the acquisition would help the company increase access to the market.
Liang Xinjun, CEO of Fosun, said: "Now it might be the best time for Chinese enterprises to seek mergers and acquisitions overseas.”

Starbucks in China is not focused on coffee, but on creating a ‘third-place’. Creating a spot where business can be conducted and people ca

Wine in China, mostly expensive ones, become more popular every day. Vinexpo’s research even shows that consumption of wine increased by 430