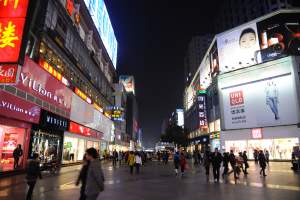 This Business Weekly covers the latest in the development of economic zones, the consolidation in China’s retail industry and the latest and very profitable business of cockroach farming…

Following the example of Pudong (Shanghai) and Binhai (Tianjin), the city of Chongqing in West China now has its own economic development zone. Xinhua reports that the new zone in this fourth municipality in China will serve as a gate of reform and to open up West China for business.

Bo Xilai, Communist Party of China chief of Chongqing, said Liangjiang will further boost the development of China's west, and help bridge the economic gap between western and coastal regions.

China’s economy has relied heavily on the export-oriented coastal region over the past 30 years. In Liangjiang business will benefit from the same favorable policies as China’s State Council has granted earlier to other zones. Rail transport, power equipment, new-energy cars, defence and IT will be the pillar industries in Liangjiang, which will enjoy favorable policies in planning, finance, taxation, investment and foreign trade. Liangjiang New Area covers 1,200 square km and will become a modern industrial center with a population of 4 million.
Further reading

In an effort to boost business in North China, major supermarket operator Wumart Stores Inc. is buying 57 supermarkets from CP Lotus Corp. Wumart is paying $302 million for the much-wanted stores in Beijing, Shanghai and other regions, Bloomberg reports.

A slowing economy and rising competition are encouraging consolidation in China’s retail industry. According to Xu Ying, Wumart executive director and president, his company hopes to “expand into new geographical markets, increase efficiency and reduce costs with this strategic alliance with CP Group and CP Lotus.” CP Lotus reported a loss of 392 million yuan ($64 million) last year. Beijing-based Wumart’s net income rose 2.7 percent to 602 million yuan last year. As of June 30 this year, it had a retail network of 541 stores, with 145 superstores and 396 mini-marts.
Further reading

Cockroaches are easy to raise and sell for around $20 a pound when dried. It is China’s new and very profitable industry, according to a report in the LA Times.

There are currently about 100 cockroach farms in China; new ones are opening almost as fast cockroaches breed. Although most people find cockroaches horrible creatures, China’s cockroach farmers regards them as their fortune and future. Wang Fuming, a 43-year-old businessman, is the largest cockroach producer in China (and thus probably in the world), with six farms populated by an estimated 10 million cockroaches. He sells them to producers of Asian medicine and to cosmetic companies that value the insects as a cheap source of protein as well as for the cellulose-like substance on their wings.

The businessman first thought about raising pigs, but changed his mind after doing the math. “With traditional farming, the profit margins are very low," Wang said. "With cockroaches, you can invest 20 yuan and get back 150 yuan," or $3.25 for a return of $11.
Further reading

In Business Weekly we focus on reports about China’s growing business travel market. Despite the economic slowdown, the country will be ...