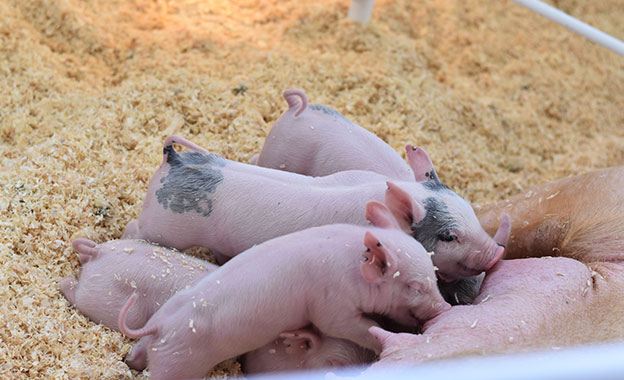 Alibaba scientists claim they have found a new, innovative way to help China’s pig breeding industry to operate more efficiently. Based on images accumulated by facial-recognition cameras, a new algorithm can accurately diagnose pregnancy in pigs.

The new artificial intelligence innovation is a huge time-saver for pig farmers. Determining whether a pig is pregnant generally requires careful observation of the animal’s behavioral changes for 21 days. Anyone caring for hundreds of pigs is likely to lose track.

Alibaba Group Holding's cloud unit now claims it can do the same faster and more accurate by using AI. Its solution can ‘feed’ facial-recognition images of pigs to an algorithm aimed at observing and analyzing changes in pigs’ behavior, physical appearance and eating patterns after mating. The system can also detect a failed pregnancy as early as the third day after mating compared to 21 days the conventional way.

South China Morning Post reports that breeders can increase the number of newborns on pig farms by using the solution that will be put to use this year on farms in China’s Sichuan province. Both Alibaba Cloud and JD Digits (of JD.com) are working hard on digital tools including machine vision, AI-enabled analytics, robots and internet of things technologies, to support agriculture to increase efficiency.

China’s universities and enterprises are focusing successfully on artificial intelligence research and implementation.

China will build a giant dairy farm supply milk and other products to Russia. The farm is being set up in the Chinese city of Mudanjiang.