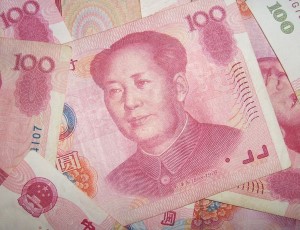 Beijing is the new ‘billionaire capital of the world’, says China’s wealth watcher Hurun. China’s capitol has overtaken New York as home to the most billionaires.

The Guardian reports that, according to Hurun, 100 billionaires live in Beijing, as compared to 95 in New York. Rupert Hoogewerf, the founder of Hurun, believes that the number of billionaires has risen after Chinese market regulators allowed a flood of new initial public offerings after holding back new IPOs for several years.

Beijing took the title from New York after adding 32 new billionaires to its inhabitants in 2015, while New York gained four. Moscow came in third place, with 66 billionaires, while Hong Kong and Shanghai came in fourth and fifth with 64 and 50, respectively, Hurun said.

Hoogewerf insists that China has a particularly high proportion of self-made billionaires compared to the United States.

Wealthy Chinese have turned their attention from luxury goods and expensive branded fashion to sportswear.