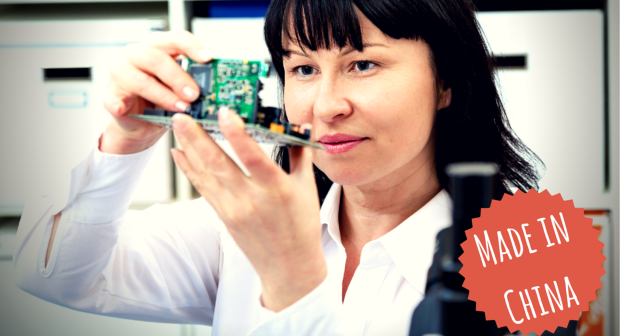 In an effort to boost the country’s high-tech economy, China intends to triple the number of patents it files by 2020. The government is focusing its filing efforts on areas from agriculture to pharmaceuticals.

China wants to become a bigger player in high-technology industries. With that in mind, the country’s target is to file 14 invention patents per 10,000 habitants by 2020 compared with four in 2013. According to a Thomson Reuters study, published by the Shanghai Daily, China published 629,612 patents in 2013, over 200,000 more than the United States.

In a notice, the central government states, “Intellectual property (IP) is increasingly becoming a vital component of China’s strategic resources and competitive ability.” China is also looking to cut the length of the review process for patent and trademark applications.

Legalising documents in China by signing or chopping (1/2)

In China, placing an official stamp on a document may be more powerful than the boss’ signature. Expert Ronnie explains why in this 1st of a 2 part series.

Don’t underestimate the power of the chop (2/2)

In part 2 of 2 Ronnie Kuppens, consultant of Maxxelli, explains how you can reduce the risk of misuse of the powerful stamps in your organisation.