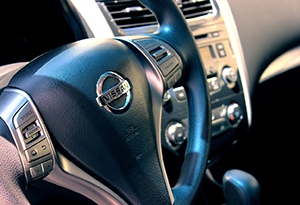 China’s passenger-vehicle sales climbed for a sixth consecutive month. Retail sales of cars, sports-utility and multipurpose vehicles increased 24.5 per cent to 1.8 million units in August. The spike in sales was caused by consumers that rushed to buy ahead of a tax cut due to expire at year-end.

Bloomberg reports that the China Passenger Car Association believes that the tax cut expiration for purchases of vehicles with smaller engines resulted in increased sales. Automakers also are discounting to draw buyers, narrowing the average profit dealers are making for selling a premium car in China to 66 yuan ($10). As a result, Great Wall, the top-selling sports utility vehicle maker that started to cut prices of some of its models, boosted deliveries by 25 per cent in August. The China Association of Automobile Manufacturers has urged the government to make the tax cut on small cars permanent to encourage the development of fuel-efficient vehicles.

Coffee is getting big in China. Chinese coffee consumption has nearly tripled in the past 4 years, faster than any other major market.