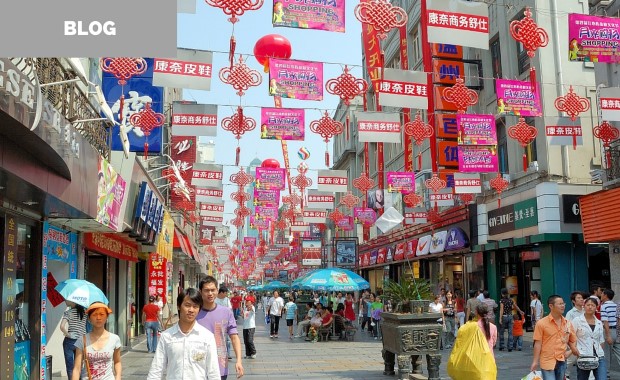 I was stuck in the middle of a rope bridge between two mountains near Tibet. It was snowing and I felt my hands go numb, but I could not move. There were three large monkeys in front of me, and one had just attacked me.

Fortunately a team of local mountaineers armed with bamboo sticks came to my rescue and helped me cross the bridge safe and sound. It was my first year in China and I decided to go on an adventure, one of many to come.

Two years later I was at a company retreat near the lush tea fields of Hangzhou. I was on a stage together with a local government official, singing Mao-era communist songs in front of a crowd of a 100 local businessmen and officials.

In between I was an actor, and at some point even became the promotional face of a city in China. They needed someone white and tall, I needed some money and was hungry for a new experience.

China is an exciting place to live and work for those that crave adventure and are not afraid to take risks. It can also boost your career, but depending on where and how you live, it can be a tough place to live in as well.

I’ve lived in China for nearly 7 years, learning the language and working with Chinese and international companies on their marketing strategies. Now I have decided to take a break from China for some time, but not before I explain to you why you should at least experience the Middle Kingdom once.

If you are playing with the idea of working in China, or if you’re simply interested in doing business in China, then here are some reasons that might motivate you to take that leap, or as Nike says it so eloquently: to just do it.

I won’t bore you with the ‘broaden your horizon’ and ‘build your global network’ clichés. You can do that anywhere. But I will tell you this: if you’d like to experience those clichés to the extreme, then hop on a (AIR FRANCE KLM) plane and go on an adventure in China.

The Chinese interpretation of fitness and health

Gyms, spas, wellness centres and boxing schools are popping up everywhere in China. Duco van Breemen explains the business and the hype.

Why go to a store when you can order online?

In China e-commerce is more rooted in daily life than anywhere else in the world. New services pop up online & there seems to be a solution for every need.