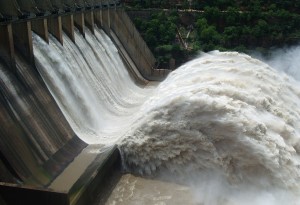 China is the largest hydropower producer in the world. The hydropower superpower is expected to share its knowledge in this area, says the China Economic Weekly.

WantChinaTime reports that China has an installed hydropower capacity of 300 million kilowatts (300 gigawatts). It accounted for 27% of global capacity in 2014. The Three Gorges Dam Hydroelectric Power Plant holds the world record by generating 98.8 billion kilowatt-hours of electricity in 2014, the highest annual output of any power station.

In addition, Power Construction Corp of China (PowerChina) is the world's largest builder of electricity plants and has projects in over 100 countries involving installed capacity of more than 100 million kilowatts.

Given that around 20% of the world's population is still without power, China's Silk Road Economic Belt and 21st Century Maritime Silk Road initiatives will allow the country to take part in more overseas hydropower projects, particularly in Asia and Africa.

Image by Chintohere via Wikimedia Commons

A power plant in China is burning money to provide electricity to its customers. In Luoyang City, the plant is using old bank notes instead of coal.