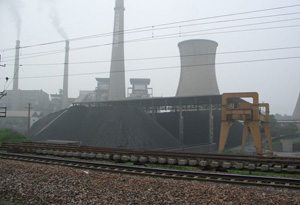 China’s government has set hard targets in a plan to downsize the country’s state sector. To achieve “supply-side structural reforms”, Beijing wants to cut costs and boost profitability at the firms by a combined 100 billion yuan (€13 billion) over the next two years.

The South China Morning Post reports that the government promotes a ‘weight loss and fitness’ plan for state companies to trim costs and boost profits. Part of the plan is to reduce the number of offshoots of the country’s biggest state enterprises by 20 per cent. Some of the problem state enterprises are said to have weak core businesses, redundant workers, inefficiencies, ­excessive layers of management, and too many subsidiaries.

Also, reporting layers at the biggest firms under the central government’s control should shrink to three or four, from the existing five to nine, to flatten the overly hierarchal structure at most state businesses.

Image by Tobixen, via Wikimedia Commons

Shanghai is conducting a traffic offense campaign that involves a system that allows motorists to report offenses by sending in dashboard camera footage.

About 80 per cent of China's underground water is of poor quality. A government report has revealed that it is unfit to drink.