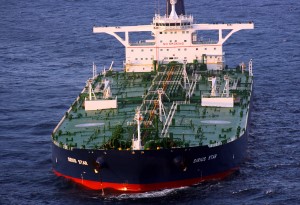 A lack of offloading capacity and of space in storage tanks in Chinese ports is causing oil tanker traffic jams off the coast. Supertankers bringing crude to China sometimes have to wait for weeks instead of days. Analysts say that part of the problem is caused by China’s increased purchases over the past year.

China’s oil purchases have averaged 27.58 million metric tons a month in 2015, a 9.8 percent increase compared with the corresponding period last year, customs data show. As a result of this (and of shortcomings in offloading and storage capacity), at least 19 VLCCs – very large crude carriers - were stationed off China’s coast for two weeks or more, according to vessel-tracking data compiled by Bloomberg.

A Bloomberg report says that “this tanker traffic jam shows just how much crude the world’s second biggest importer is buying at a time when economic growth is forecast to slow to the lowest level in 25 years.” As a result of the trend, day rates for crude tankers have gone up considerably.

The growing influx of oil has already created what ship operators call ullage issues, in which shore tanks are so full that they must be emptied before vessels can unload.

China’s State Council has decided to have a network of charging facilities for 5 million electric cars. At least one charging station for every 2,000 cars.