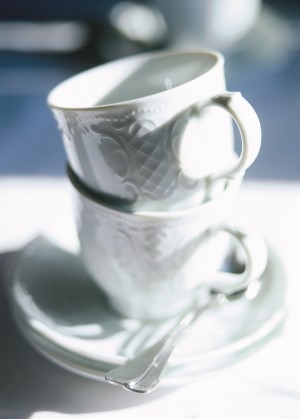 Although China has been a tea-drinking nation for centuries, young white-collar Chinese are switching to coffee. Soaring demand has caused coffee imports to triple in recent years.

Al-Jazeera reports that millions of Chinese have embraced the brown bean with great enthusiasm, shaking up drinking habits in China. Growing demand led China to import 1.6 million 60kg bags of green coffee in 2012-13, a 270 percent increase from 2008-2009.
In the southeastern provence of Yunnan, China produces about 1.3 million 60kg bags of coffee a year – roughly the output of Guatemala or Costa Rica – but home production cannot quench China’s enormous thirst for the black bean drink.

According to recent estimates, China's $1.9bn coffee market is expected to grow by 14 percent by 2016. Foreign players such as Starbucks, UK's Costa Coffee, and South Korean chains Maan Coffee and Caffe Bene are opening new branches, focusing on China's second, third and fourth-tier cities. Most of the customers are not expats but locals.

Starbucks now operates a network of 1,500 shops across China; the company plans to more than double its number of stores in China to reach 3,400 by 2019.

Two grocery stores in Beijing and in the eastern city of Hangzhou have conducted a one-day test with unmanned checkouts. The results with self-checkout wer