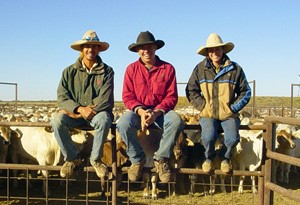 The Chinese/Australian conglomerate will become the new owner od 77,300sq/km - an area bigger than Ireland – which equals about 1% of Australia. Kidman & Co was founded in 1899. It currently ships 15,000 tonnes of beef carcass per year to countries all over the world.

Land is scarce in Beijing, incentive offered for sea burials

In Beijing’s 22 million metropolis, there is not enough space to bury the city’s deceased citizens. Sea burials may offer the solution.

Pig farming in China is becoming more professional every day, says consultant Harry Neulen at the launch of the new Chao Yang Farm, in Liaoning Province.