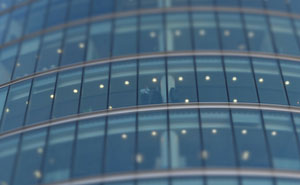 China’s homegrown business have become more popular over the years. New research shows that local workers no longer favor foreign multinationals as their employer. Homegrown businesses are beginning to catch up.

An average of 9 out of 10 regional posts at local firms are now held by Chinese nationals, compared to 6 out of 10 similar roles at multinationals, according to a new report jointly authored by Bain & Company and LinkedIn China.

According to the report, local companies grow in size and prominence; they are increasingly able to compete against global competitors to win the next generation of Chinese leaders.
According to Fortune, Bain & Company said major foreign firms were once the most desirable places for young, talented Chinese to work because they offered more opportunity, higher business standards and better pay. It appears that domestic firms might are closing the gap.

Chinese cities are building education factories designed to train hundreds of thousands of students for a more innovative, high-tech future of the economy.

The number of co-working centres in China is growing fast, due to government policies and commercial office rents that are sky-high.