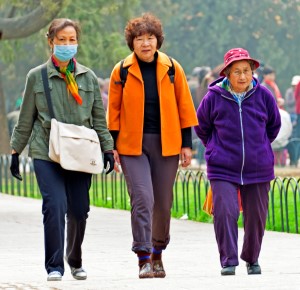 Air pollution in Chinese cities is driving middle and upper class Chinese to move elsewhere – either to other, less polluted places or even to a different country. Emigration is a serious option for the well-to-do Chinese, says the latest Hurun Report.

Slate Report writes that, according to the Hurun Report, pollution is one of the top three reasons cited by wealthy people for leaving the country for good and to become ‘environmental migrants’. The other two reasons are the quest for better education for children and food-safety concerns. Beijingers exhibit the strongest desire to flee the smog, while people in Shanghai, Guangzhou, and Shenzhen appear less distressed.

According to the report, about one-third of China’s richest people have emigrated over the past years. Studies of 153 large cities and on data from Baidu, China’s largest search engine, indicate that the more serious the air pollution, the more people make online searches using keywords related to emigration.

Hurun points to the disadvantages of the emigration trend, that lie in ‘brain drain’ (professionals not being available for the labour market) and capital flight. Career perspectives and a desire for more income are usually the biggest reasons for people to leave their home countries. But now China is beginning see it will have to deal with the ramifications of “environmental migrants.”

Shanghai Tower gets the green certificate

Shanghai Tower, the world’s second-highest building, has been awarded a Platinum-level Leadership in Energy and Environmental Design certificate.