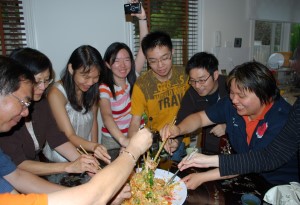 Consumer prices in China have gone up in the first months. Inflation has gone up from 1.6 to 1.8 per cent, mostly because of rising food prices, the National Bureau of Statistics reported.

According to Shanghai Daily, China’s inflation growth accelerated to a five-month high in January. The Consumer Price Index, the main gauge of inflation, expanded 1.8 percent from a year earlier, up from the increase of 1.6 percent in December. The average price of food went up 4.1 percent in January, much faster than the rise of 2.7 percent in December and November’s 2.3 percent. Researchers say that seasonal factors and January’s extreme cold disrupted supplies, leading to higher prices for fresh vegetables in particular - vegetable prices jumped 14.7 percent.

To enhance Shanghai’s competitiveness in advanced manufacturing, the city has launched a program to attract ‘smart industrial companies’.

Almost one third of real estate developers in the Shanghai and Shenzhen regions lost money in 2015. Nearly half made less money than in 2014.