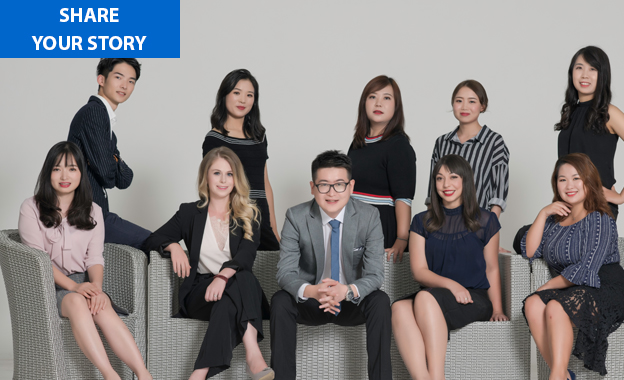 In Mandarin, ‘laowai’ means 'non-Chinese national', or better: 'someone who looks obviously foreign’. ‘Laowai Here’ is a new business in Chengdu that intends to bring more talented ‘laowai’ to China, through Southwest China’s first comprehensive foreign talent human resources platform. “China is looking for outside talents which have some skillsets that the local talents lack.”

Laowai Here is still a small company – 15 Chinese, British, French, American and South African office staff – working from offices in Chengdu, London and Johannesburg. The business serves China-based companies across such industries as IT, gaming, consumer electronics, engineering, biopharmaceuticals, manufacturing and architecture. It maintains relationships with over 100 public and private universities, schools, kindergartens and training institutions. In the two years since the company was founded, 1,500 foreign talents have used Laowai Here’s services.

In China, there is a strong demand for foreign talents, says Daisy Velven Peak, co-founder and Customer Service Director. “China is looking for outside talents which have some skillsets that the local talents are lacking, particularly in industries that are falling short in an area which is viewed as essential to development. With China's ongoing and rapid development, this theme has emerged in a number of industries. The most obvious one is education, where qualified, international teachers are highly desired by educational institutions at all levels.”

“But other industries have also noted this need for a more diverse array of talents. Companies in IT, biopharma/biotech, engineering, manufacturing, design and other high-level industries often seek foreign talents to bring more innovation and ideas to their team, and specific knowledge and skillsets which might be not as well-known in China yet. For example, it is generally accepted that the most advanced nation for biopharmaceuticals is Israel. A biopharma group in China might seek to headhunt a top researcher or team leader from an Israel-based background to give their organization the boost that it needs, with the goal of become more competitive in that industry.”

“Another scenario might be that a company is seeking to expand overseas. A Chinese company going to Thailand is likely to want a professional expert in the Thai market for that particular industry, which is more likely than not going to be a Thai passport holder. They might even seek to have an entire team, and have them based in China. That's an increasingly common request from clients these days.”

Why settle in Chengdu?

“Some 'more developed' AKA 1st tier cities in China had already begun to develop this industry. We felt Chengdu was climbing the wave to become more internationalised, so it just made sense that we should stay ahead of the curve and start developing the foreign talent recruitment industry here in Southwest China. With many of our team themselves foreigners in Chengdu, we already felt that Chengdu is a fantastic place to live as a non-local, with a slow and relaxed pace of life combined with exciting, rapid tech and infrastructure development. The food is also fantastic. We felt it would be quite easy to sell the lifestyle to candidates from overseas.”

“That being said, the fact that there really were no other companies seriously going ahead with foreign talent focused recruitment services made it a huge challenge starting here. There were no models to follow. We had to come up with our business model(s) step-by-step, with a lot of failures along the way.”

How do you find the talents?

“Firstly, we have our own extensive foreign talent database accumulated over the past 3 years of operation. This database is extremely useful, since they are all candidates who have considered seriously to move to China, or are already in China/East Asia, which makes 'persuading' them to relocate a lot easier. Secondly, we have our overseas offices, which enables us to do talent scouting and face-to-face interviews in those countries. Thirdly, we run joint projects with overseas recruitment platforms, universities, and other institutions, such as doing overseas Job Fairs with them, or partnering up for a particular case. Lastly, we make use of our new media channels to attract candidates to positions advertised via our platform, including on WeChat, our website, LinkedIn, Facebook, and others.”

What support do foreign talents need?

“They need to feel secure in their new career choice, especially if they haven't been to China before. A key thing is helping them with a comprehensive work visa consultancy service, listing out clearly and concisely what is needed to work legally here in China. Another thing would be some cultural awareness tips, what to expect when they are here, what might be different from their lives back home – just helping candidates try to envision their journey before arrival. With that we also provide events upon arrival that foreign talents are welcome to join in. Being more engaged with local society will help foreign talents have a sense of being 'home' whilst outside their homeplace. Connecting with other local and foreign friends here will help them with establishing a support and friendship network, with will help them be more stable during their work period in China.”

How do you intend to grow your business?

“We are on track to add more team members before the end of this year. In the future, we'd love to reach the stage where we can expand into Beijing and Shanghai, and then an office in North America is quite a crucial step as well. I believe if we stay on track, we'll achieve those goals.”

To conquer the Chinese market, Admesy (Advanced Measuring Systems) set up office in Shenzhen in a matter of weeks. Here is how they broke all records.