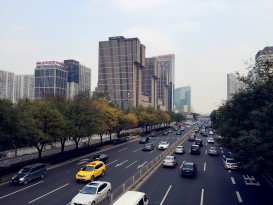 China’s government will raise the sales tax on small cars. The tax raise from 5 to 7.5 percent is intended to curb an incentive that helped the car industry to grow for 26 years in a row.

Bloomberg reports that in China, consumers bought 21.1 million passenger vehicles in the first 11 months of the year, more than the 20.6 million units purchased in all of 2015. Numbers of the China Passenger Car Association. Analysts expect sales growth to be moderate to 3 percent in 2017, from about 15 percent this year.

The rooster inspires artists and business

In the Year of the Rooster, both artists and entrepreneurs get inspired. Rooster-themed products will keep boosting sales in the new year.

A Western breakfast cereal product has proven that product placement on popular Chinese TV shows can make a brand very popular in a very short time.