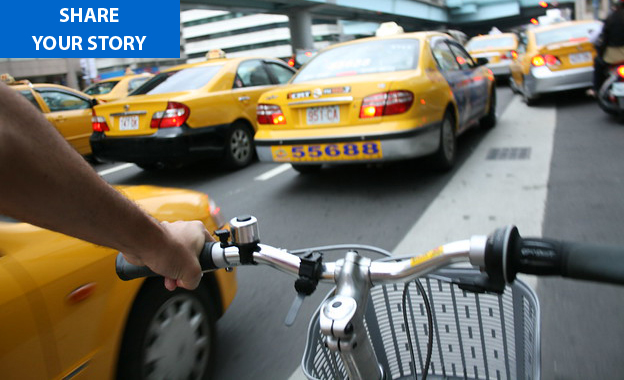 In his blog, Ray Koot wonders about living conditions in Taiwan, about CO2 and about climate change. How is Taiwan performing in a world that is becoming more conscious of man’s influence on the climate? Do the Taiwanese care about the environment?

You may remember from earlier blogs that I am in the business of food supplements and vitamin pills. The business is developing nicely. I am also putting more effort in staying healthy myself. I work out and I even picked up the habit of visit a cross-fit health club on a regular base. I also decided to leave my car in the parking more often. You can see me moving around on a bike when I go to the bank or have business meetings in downtown Taipei.

Eight months ago, I surprised my friends when I started wearing a smog mask on my bike trips. The Taipei air is not as bad as in cities such as Taichung and Kaochung, where the smog is often so thick that one can often see for no more than 200 metres. My friends had to admit that I was not the only one who is worried about the deteriorating air quality. Climate change and air pollution is on many people’s ‘worry list’. And though Taiwan has not signed the Paris Climate deal, a growing number of people feel that things need to change.

I must point out that some Taiwanese do not think at all about their own contribution to climate change. As if their own c02 footprint is non-existent, they point at others. “Ha, the smog. It is all coming from Shenzhen on mainland China”, they say. To many others in Taiwan, climate change does mean something. Taiwan’s tallest building, Taipei 101, joined surrounding buildings in shutting off the lights as part of the Earth Hour event recently. Every year this event manages to raise awareness about the use of fossil fuels that produce carbon gases and lead to global warming.

Others worry more about the nuclear power plants on Taiwan, and about the health risks that they may pose when something goes wrong there. Last year, the government listened to their concerns, but the measure taken surprised many: scaling down energy production at the power plants was followed by scaling up production of old-fashioned coal plants! Not a very climate or environment-friendly measure!

So what is being done to make a change? There are some British companies that developed off-shore wind parks – while on-shore parks are virtually non-existent due to the mountainous character of Taiwan’s landscape. Looking at Taiwan’s very large solar panel industry, there is not much activity in that area either. Most solar panels are exported to other Asian countries, particularly to Thailand.

What are people contributing themselves? When I paddled out of the car park on my bike this morning, I noticed that there were several hybrid cars in there, including my own Lexus. I saw three Tesla’s, but I doubt that the owners bought them just because they worry about climate change.

One thing is changing here. It’s not just bikes that you see in Taipei traffic. There is a real electric bike hype here. It is considered very classy to own and ride one here. Are all of these citizens eco-conscious consumers that want to do something good for the world? Nah, I am afraid not. Look at the brand that is on these bikes. They are Giant bikes. Giant, a local brand, managed to get the government to offer subsidies to consumers that buy an electric bike. Someone is making money here – in Taiwan even climate change inspires entrepreneurs and builds business cases!

Getting things done in Taiwan

Maruschka Wischmann specialises with Wischmann Consult Asia in what she calls “building bridges”. Read her tips for successful business.

Taiwan to boost its tech image

Taiwan is one of the world’s biggest semi-conductor suppliers. But competition with mainland China’s tech industry is becoming fiercer every day.