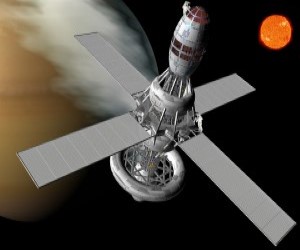 China has unveiled its first satellite smartphone. The phone, that is designed for use with the country's first mobile communications satellite, Tiantong-1 (TT-1), was launched at the Airshow China in Zhuhai, Guangdong.

The satellite smartphone was developed by state-owned China Aerospace Science and Technology Corporation (CASC) and will compete in a global market dominated by the British Inmarsat system. The new phone, capable of covering the whole country and the disputed South China Sea, is scheduled to go on sale between December and February.

The South China Morning Post reports that CASC is planning to expand the coverage of the phone to the whole world. CASC is said to be launching a network TT satellites in the next five years. A CASC engineer described the enterprise’s ultimate goal as “to replace Inmarsat, or even surpass it”.

Chinese mobile phone manufacturers are performing so strong, that even Samsung is getting hurt and is feeling threatened.