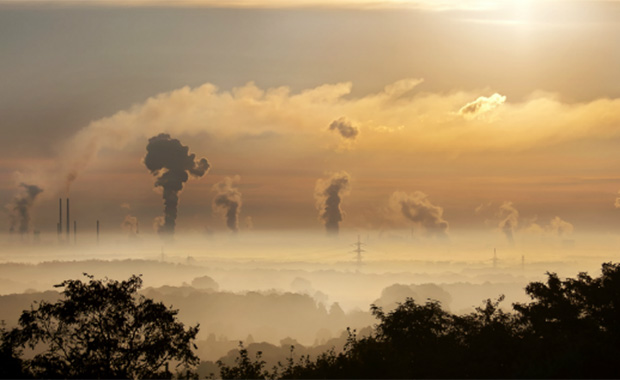 China is combating smog in its large cities. The opponent is a two-headed dragon, as city managers fight not only air pollution itself and its effects but also the perception among city dwellers of living in an unhealthy environment. Businesses have jumped the bandwagon, selling products that may – or may not – offer relief and fresh air.

China’s authorities are doing everything in their power to close in on smog and on its sources. The city of Beijing has launched a special police force to track down air polluters. Beijing’s major, Cai Qi, introduced the ‘environmental police squad’ as one of several new plans to help curb pollution. The police force will be on the hunt for industrial offenders as well as open-air barbecues, garbage incineration, biomass burning, dust from roads and other acts of non-compliance with regulations.
The city government also announced plans to cut coal use by 30 percent in 2017, shut down 500 polluting factories, upgrade 2,500 facilities, phase out 300,000 older vehicles and getting cleaner gas and diesel to stations

Protective equipment
Businesses have tapped into the joint fight against bad air, some with more success than others. Vogmask China is a very successful business that sells ‘Certified Reusable Respiratory Protective Equipment’ to protect from airborne contaminants (particles) to consumers in China. A young audience has adopted and is wearing the often colorful masks as a fashion statement. Vogmask made the smog mask a fashion item, showcasing every new collection as ‘must-have accessories’.

Anti-smog tea
Some tea producers thought they found an interesting new market niche by selling "anti-smog" tea on ecommerce platform Taobao, promising relief from smog. One tea claims that its combination of seven ingredients including dried chrysanthemums and honeysuckle can "boost lungs and moisten throats", and "combat the smog". The teas quickly became popular, as many consumers are turning to traditional Chinese medicine to combat the pollution's effect on their health. Scientists have already tried to dispel this myth, saying it is ineffective.

To the Shanghai Consumer Rights Protection Commission, the big question was: do they work? After extensive tests, it published its findings that many air purifiers failed many standards on their purifying efficiency. Some producers were found to have made misleading claims on their machines’ functions. A Oion-branded purifying machine was marked to have a purifying space of up to 60 square meters, while tests showed the real applicable area of the machine’s effectiveness was 11 to 19 square meters.

Air Matters: no reading over 500 please
Hence, the unrest continues. An official from China’s provincial environment protection bureau decided to not only look for the roots of the pollution, but also to tackle the perception. He ordered an air quality monitoring app to stop displaying pollution levels that exceed an official cutoff point. The China’s Air Matters app to limit its air quality index (AQI) readings to a maximum of 500. An AQI of 500 for a 24-hour period triggers a red alert warning, which means schools and industries have to close, and heavy vehicles are ordered off the road.
According to Mashable.com the app’s founder protested, arguing “users want to know more about the exact number”. The app delivers air pollution data on over 50 countries from more than 10,000 monitoring sites.

What are the 12 most important research findings and statistics about today’s trend of health-consciousness in China?