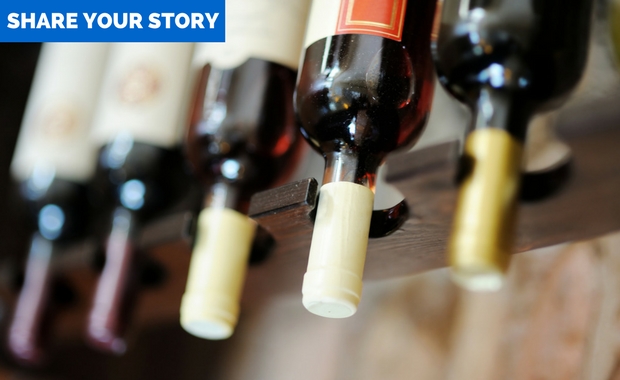 A survey conducted by ‘Wine Intelligence’ showed that a growing number of middle class Chinese citizens are drinking imported wines. Also, they drink more frequently. Chinese wine consumers are spending serious money on wine, which they choose from the ever-growing assortment in both online and offline shops. “Wine in China has left its niche and has entered mainstream business”, says Shanghai wine marketer Olivier Verot.

Approximately 48 million consumers from the urban upper middle class drink wine at least twice a year, which is 11% of the urban adult population aged 18-54. The number rose from 38 million in 2014, according to the China Landscapes 2016 survey. If 48 million Chinese drink one glass a week, there is a lot of wine to import – or to produce locally – in 2017. Olivier Verot, wine marketer and publisher of the wine website Zhongguo Wine, calls the Chinese market “fast-paced”.

For years, the market was dominated by French wines. Verot: “Between 2009 and 2014, French exports of still wine to China surged, gaining 168% in value and 231% by volume. Exports of Bordeaux to China started to decrease in 2014, following the enactment of new laws by the central government in Beijing against corruption and extravagant spending of officials. Expensive wines and spirits have experienced the results.”

Which does not mean that the product itself became less popular, on the contrary. Verot:  “The audience becomes younger by the year. Over 40 per cent of drinkers of imported wine in China are aged 18 to 29.” Over the years, many other wine-producing countries have tried their luck at the growing Chinese market, including Argentina, Chili, Australia, Italy and Spain. This summer, even the Canadians arrived at China’s ‘wine party’. At the 2016 China Food and Drinks Fair, in Chengdu (Sichuan province), Canadian wineries have shown their product – including what has become known as ‘ice wine’.

Olivier Verot insists that 90% of the wine consumed in China is produced locally. “But Chinese wines have still a long way to go to catch up with French, Australian, American, Italian or Chilean wines in terms of quality. It is impossible for imported wines to compete with Chinese wines on the price. And importers actually do not want to enter in a fight over price. They have to find their differentiation.” Three well-known local producers of Chinese wines are Dynasty, Great Wall and Changyu. Verot: “Their wine may not be the best qualitative wine in the world. But you cannot beat them on the price. At the other end of the Chinese wine spectrum we find French Bordeaux and expensive wines sold out before production.”

According to Verot, there is room between these two markets for medium priced wines. “This is an opportunity for anyone offering good quality imported wine at a reasonable price, for sale to wholesalers, wine bars, hotels, restaurants, wine stores and even supermarkets.”

The latest development is that China-produced is crossing borders. China’s biggest local wine brand, Yantai Changyu Pioneer Wine, has exported its ‘Noble Dragon’ brand wine to Spain. The Chinese wine - a mix of Cabernet Gernitscht and Cabernet Sauvignon grapes – is sold for 10 euros and can be found in supermarkets and restaurants. The Chinese company is also selling to France’s Carrefour SA and another British supermarket chain, Tesco.

The quality of wines produced on Chinese soil is set to go up. The French luxury brand Moet Hennessy has set its sights on China, looking to produce a new fine wine in a rural area in the southwest of the country. The full-bodied red wine Ao Yun is grown and bottled in the Adong area of China, on a remote plateau approximately 8,530 ft. above sea level and near the Tibetan border. With only 24,000 bottles produced, each bottle is priced at 300 euros.

How to market wine in China ?

The wine market in China is growing. Wines that have a good reputation are sold at a good price. In short: Chinese consumers want lifestyle, and lifestyle comes from oversea. Olivier Verot suggests:

Aaldering’s South African wines have secured a spot in a brand-savvy Chinese market that, until recently, only favoured overpriced Bordeaux.

CONSTELLATIONS in Shanghai offers ‘SHANGHAI FLANEUR’ walking programs that spark new ideas in a way and on a level that office sessions can never match.