Fly off to Chennai in India, a new Air France destination 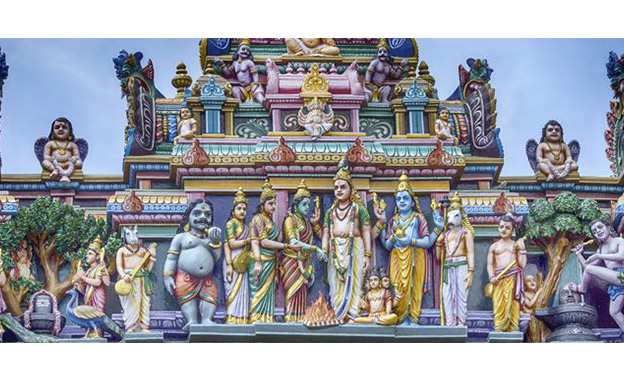 As from 14 June 2020, the Air France long-haul network will be expanding with the launch of a new Paris-Charles de Gaulle – Chennai route. Customers will be able to travel to Chennai (South India) thanks to three weekly direct flights operated by Boeing 787-9 with a capacity of 279 seats (30 in Business, 21 in Premium Economy and 228 in Economy class).

During the summer season, flights will operate from Paris-Charles de Gaulle on Tuesdays, Thursdays and Sundays and from Chennai on Mondays, Wednesdays and Fridays. Tickets will be available as from 2 March 2020 on www.airfrance.com.

The best of Air France on board the Boeing 787

For Air France customers traveling to Chennai, the Boeing 787 provides a number of assets:

Chennai, the gateway to South India

Chennai, formerly known as Madras, is a city that has it all. Ancient temples, bustling markets, an enduring colonial history and much more, Chennai will leave the travelers amazed and enthralled. Visitors can stroll around the ancient temples and churches, the Saint George Fort that started the story of the British Empire in the east, or just enjoy the relaxing beach vibes at Marina Beach.

As part of its commitment to continue to offer the best possible service, Air France provides customers travelling on its Indian routes with personalized and custom-designed service both on board and at the airport.

To make passenger handling easier, Air France has multicultural teams familiar with the specific expectations of its international customers, including Indian customers. On a daily basis, they welcome close to 5,000 passengers, helping them with check-in and with their connections between flights.

Air France, a global airline of French inspiration, with high standards and a caring attitude, turns the flight into a moment of real pleasure on all its daily operations in France, Europe and worldwide.

Air France-KLM is the leading Group in terms of international traffic on departure from Europe. It offers its customers access to a network covering 312 destinations in 116 countries thanks to Air France, KLM Royal Dutch Airlines and Transavia. With a fleet of 554 aircraft and 104 million passengers carried in 2019, Air France-KLM operates up to 2,300 daily flights, mainly from its hubs at Paris-Charles de Gaulle and Amsterdam-Schiphol.

Its Flying Blue frequent flyer programme is one of the leaders in Europe with over 15 million members.

Air France-KLM is also a member of the SkyTeam alliance which has 19 member airlines, offering customers access to a global network of over 14,500 daily flights to more than 1,150 destinations in more than 175 countries.

Air France presents its new comfort kits in premium economy. A new comfort kit will be offered to each customer in the long-haul Premium Economy cabin.

Air France is inviting its Business customers and Flying Blue Elite Plus members to discover its new lounge in terminal 3 at Paris-Orly airport.