Fly off to Munich from Paris-Orly with Air France 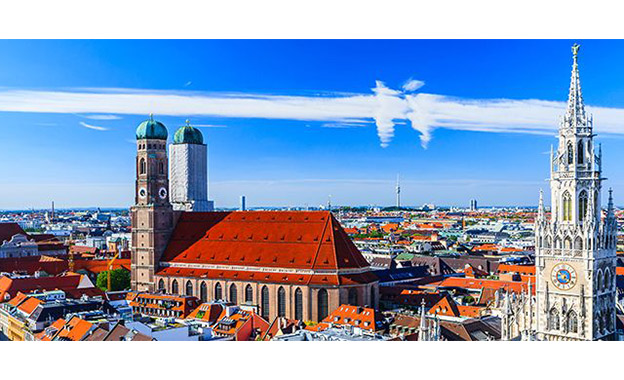 As from 29 March 2020, Air France customers will be able to travel to Munich (Germany) thanks to twice-daily flights out of Paris-Orly. These flights will be operated by Embraer 190 with a capacity of 100 seats.

Air France customers can also travel to Munich from Paris-Charles de Gaulle thanks to 6 daily flights.

A more extensive network at Paris-Orly

With this new route, Air France continues to develop its medium-haul network on departure from Paris-Orly, in addition to the existing offer on departure from Paris-Charles de Gaulle. After Geneva (Switzerland) and Algiers (Algeria), launched this winter, along with Madrid (Spain), also scheduled to begin operation as from 29 March 2020, Munich is Air France’s fourth medium-haul destination to be served from Paris-Orly.

Located close to Paris, easily accessible from the south of Paris and recently renovated, Paris-Orly airport offers many assets in addition to those of Paris-Charles de Gaulle. By relying on its two main hubs, Air France is more widely meeting its customers’ expectations, who will now be able to enjoy more convenient flight times. In addition to the flights operated out of Paris-Charles de Gaulle, these flights increase the combinations available to customers travelling from the French regions or on connecting flights from Cayenne (Guiana), Fort-de-France (Martinique), Pointe-à-Pitre (Guadeloupe), St. Denis de la Reunion (Reunion) and New York (USA).

Munich, the cultural home of the German soul and vital economic force

Spot-lit by its artistic and cultural pluralism, the rich capital of Bavaria is the second tourist destination in Germany, just behind Berlin. Its unique heritage is the fruit of a prestigious dynasty – the House of Wittelsbach - , Catholicism, Romanticism, and the vital force of nature. Munich is more than a city; it is a vibration. It is the inner resonance of the German artistic soul, which unites traditional and avant-garde art movements in its three phenomenal picture galleries, under the bell towers of its late Gothic cathedral covered with Renaissance domes, symbolic of Heavenly Jerusalem. Munich in every way remains a formidable artistic, cultural and scientific centre, never ceasing to expand its vocabulary of correspondences between colours, sounds and words.

Munich is also one of Germany’s most dynamic economic centres. A centre of innovation, the city is a major industrial, commercial, financial and banking centre, as well as being one of the European leaders in digital technology. Home to multinational company headquarters, the city has particularly strong economic ties with the rest of the world, notably with France with more than 500 companies established in Bavaria, i.e. close to a quarter of French companies present in Germany.

In total, this summer, Air France will offer nine German destinations, served thanks to 12 routes from France -

The Air France foundation and Air France staff in Senegal celebrate Christmas with a special gift giving Evant for children together with the association “L’école à l’hôpital”.

The Air France foundation and staff in Senegal celebrate Christmas with a gift giving Evant for children together with the association L’école à l’hôpital.

Fly off to Monrovia with Air France

Air France customers will once again be able to travel to Monrovia thanks to five weekly flights operated by Airbus A330-300 with a capacity of 224 seats.

As an ambassador of fine French cuisine, all year round, Air France entrusts its La Première and Business class menus to renowned chefs.