KLM brings three leading chefs together at the Okura 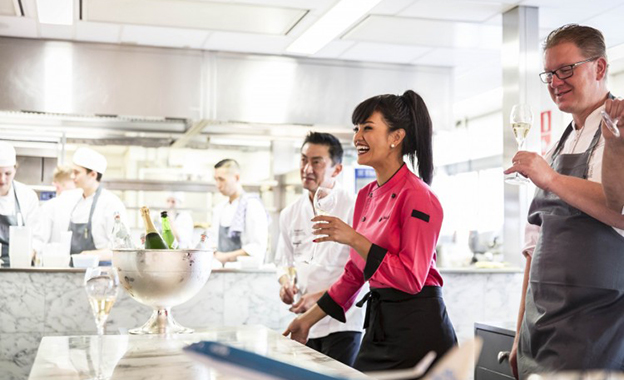 KLM will be extending its cooperative relationship with three leading chefs who have been contributing towards the superior quality of meals served on board various KLM flights for some time now. Leading chef and Indonesian TV personality Farah Quinn, acclaimed chef Masanori Tomikawa and acclaimed chef Onno Kokmeijer of Ciel Bleu, met on October 6 for a culinary summit at the initiative of KLM and the Okura at the Hotel Okura Amsterdam. Cooperation with Onno Kokmeijer will even be expanded for the meals served in European Business Class (EBC), where he will also provide the starters with effect from 29 October.

Highly enthusiastic
In October 2015, Onno Kokmeijer joined forces with his chef de cuisine Arjan Speelman for the debut as the first chefs to create the lunches and dinners served in EBC on the longer flights within Europe. KLM’s passengers are highly enthusiastic about the dishes created by Kokmeijer and Speelman. The duo will therefore be providing the starters for these flights as well. With effect from the end of October, these weekly rotating dishes will be served to EBC passengers in combination with the lunches and dinners.

Exclusive
Farah Quinn is the first Indonesian celebrity chef with whom KLM is cooperating. Passengers travelling in KLM’s World Business Class and Economy Class will be served exclusive meals created by the leading chef on the Jakarta – Kuala Lumpur and Singapore – Denpasar routes. Passengers travelling to Amsterdam will also be able to enjoy her dishes because the flight from Indonesia heads to Amsterdam via Kuala Lumpur. 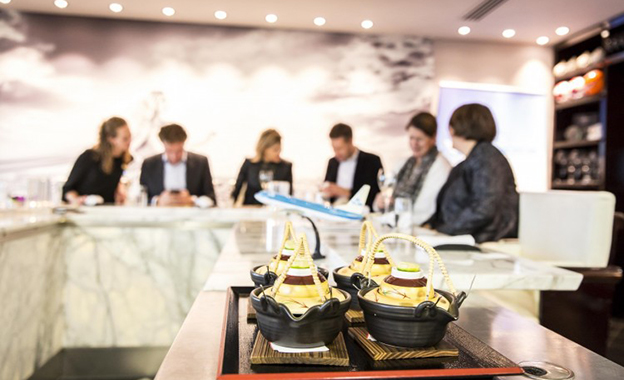 KLM’s cooperation with leading chef Masanori Tomikawa, with his Michelin-star restaurants Yamazato and Sazanka in Hotel Okura Amsterdam, harks back to 2010. In cooperation with KLM, Tomikawa is responsible for the meals served on board flights to Japan. The Japanese dishes served in KLM’s World Business Class and Economy Class are inspired by Tomikawa. This cooperative relationship is unique because not only are the Japanese dishes served on flights from KLM’s home base Schiphol developed by the chef, but so are the Japanese dishes served on board flights from Japan to Amsterdam. In Japan, he heads up workshops to create the summer and winter menus and align them with preparations from Schiphol.

Between flights, enjoy a Michelin-rated meal

What do you prefer while you spend your connecting time on an airport?