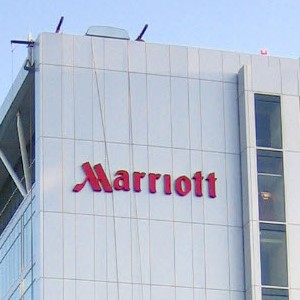 This Business Weekly cover businesses, industries and countries that do exceptionally well in the African Business arena. First of all there is Marriott’s ‘coup d’etat’ in the hotel business by taking over Protea’s brands and hotels. Secondly, there is fast food, that is on the up in Africa, despite the fact that most Africans cannot afford a Big Mac. And finally, the World Bank has ranked Rwanda among the world’s fastest reforming countries.

Marriott is buying Protea’s 116 hotels across three hotels brands in Africa. With the transaction (a letter of intent has been signed), Marriott acquires a total of 10,184 hotel rooms in South Africa and six other Sub-Saharan African countries.

The transaction will nearly double the distribution of Marriott in Africa to more than 23,000 rooms, and would make the hotel brand one of the dominating names in Africa’s dynamic and growing business hotel market.

The brands associated with this deal are Protea Hotels (104 hotels), the lifestyle boutique Protea Hotel Fire & Ice! brand (2 hotels) and the African Pride Hotels collection (10 hotels). In addition to its 80 hotels in South Africa, Protea also has a significant presence in Malawi, Namibia, Nigeria, Tanzania, Uganda and Zambia.

According to Marriott statement, "Africa has significant untapped potential for travel and tourism, both as a destination and source of new global travelers.” According to Marriott, the development cycle for opening new hotels in Africa is typically long due to the challenges posed by emerging infrastructure. Joining forces with Protea Hotels is the strongest way to jumpstart Marriott's footprint in Africa.

Fast food brands are increasingly opening branches across Africa. KFC already has outlets in 14 African countries, with over 700 KFCs in South Africa. Pizza chain Domino's plans three more African branches by the end of this year.

This year, KFC, Taco Bell and Pizza Hut will be expanding into Tanzania, Uganda and Zimbabwe. Burger King opened for business in South Africa and last year Domino's – the U.S. pizza chain – opened its first African store in Nigeria, the continent's most populous nation.

Experts say U.S. takeout stores are rapidly becoming "aspirational brands" for cosmopolitan Africans with disposable income. "An upwardly mobile, confident, Western-leaning and young consumer class bodes well for an American burger boom." African branches often introduce new dishes to cater to local tastes. On the other hand: the cost of Western fast food brands in many parts of Africa relative to wages remains high. The cost of a KFC meal in Malawi – including a burger, fries and drink – is more than $9. But with 50% of the country's population below the World Bank's poverty line, fast food is an unaffordable luxury for most.

In Rwanda, radical reforms have made it easier for businesses to get credit, pay tax and deal with construction. These reforms, that have been very beneficial to the local business, have earned Rwanda and exceptionally high rating in the World Bank’s ‘Doing Business Report’.

In 2014’s index, Rwanda is the 2nd most improved country in the world after Ukraine – and the second easiest place to do business in Africa. The East African country came in 32nd on the overall ‘Doing Business Report’ list, up from 52nd last year.

According to the CEO of the Rwanda Development Board, Amb. Valentine Rugwabiza, the high ranking is “a statement of our consistent efforts to empower our local and foreign entrepreneurs. We are determined to work alongside investors to make sure we do all we can to make Rwanda a great place to do business and unleash the country's full potential.”

Club Africa Business Weekly: Manufacturing in Africa next level, how business can benefit from Africa’s population growing & the Ghana Cedi