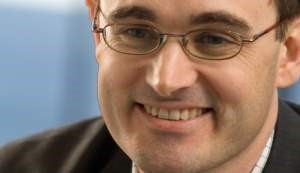 The assurance, tax, transactions and advisory services company EY – or, ‘Ernst & Young’, until recently – has set its sight on lucrative investments in Africa. Since 2010, the company’s annual Africa attractiveness reports present thorough research that support why. Michael Lalor: “We believe in the Africa growth story.”

“Africa is often denied the credits it deserves”, says leading partner at EY’s Africa Business Centre, Michael Lalor. “A significant share of investors we speak with still maintains negative perceptions of the continent based on popular belief that stems from the previous century. Whereas Africa became an increasingly attractive investment destination, consistently portraying economic growth over the past decade. It is crucial we let go of our biases, and embrace a fact-based perspective interspersed with on-the-ground experience.”

Ahead of the curve

On-the-ground experience is not for sale and can only be gained first-hand. But acquiring a fact-based understanding of Africa’s current macro-economic position, is a gap in the market EY niftily stepped into. Michael: “Reliable data is difficult to access and generally widely diffuse. Research easily grows into a tiresome project hard to oversee for individual investors.” To be of assistance to its clients and those among the wider community interested in opportunities for investments in Africa, EY invests ahead of the curve. It does so, by presenting meaningful and comprehensive research. “We tap into a variety of databases”, Michael emphasises, “rather than a single data point. Since 2010 we have cross-compared raw data drawn from a range of sources operating at different levels across the economic strata, among them the IMF, World Bank, Oxford Economics, FDI Markets, and various others.”

Michael goes on to explain what bred such fertile economic conditions in Africa: “During the cold war and apartheid regime, Africa often made up a proxy warzone for global superpowers. After the Berlin wall fell and South Africa’s apartheid regime came to an end, many African countries have seen government reforms come about, driving a significant reduction of their national deficits – the latter being an important reason why Africa remained disproportionally unaffected by the financial crisis of ’07 and ’08. Relative political stability in the 1990s – a key ingredient for economic growth – produced an investment climate stable enough for pioneer investors when Africa’s economy began to gain traction beyond the 2000s. Investment has grown substantially since then.”

Work to be done

Yet Africa did not shrug off all its challenges, and work needs to be done in order to capitalise on its growth potential. “In our Africa attractiveness reports we highlighted three areas that require all attention”, Michael says. “Firstly, the process of regional integration should be accelerated in order to smoothen business across borders. Secondly, there is still a significant power and logistics gap to be bridged, which requires a joined-up response between governments, development institutions and the private sector. Finally, foreign enterprises need to commit to sustainable, long-term investment that emphasises shared prosperity for all stakeholders. Ultimately though, to succeed in Africa the right perspective is important. Our experience is that those who succeed look at Africa from a glass-half-full perspective; identifying opportunities first, and only then thinking about the risks and challenges that will need to be addressed.”

Fashion in Africa: designers in the spotlight | Expert opinion