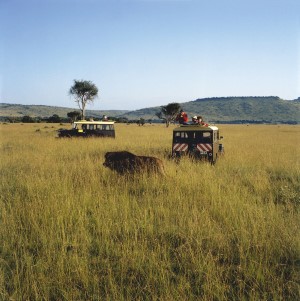 Tourism in Africa is on the rise. In 2014, 65.3 million international tourists visited the continent – 200,000 more than in 2013. Back in 1990, Africa welcomed just 17.4 million visitors from abroad. The sector has therefore quadrupled in size in less than 15 years. Egypt, Ethiopia and Nigeria are the top three tourist destinations in Africa.

Africa’s tourism is growing, says the 2015 edition of the Africa tourism monitor released by the African Development Bank in partnership with the New York University Africa House and the Africa Travel Association. According to a report by Africanews.com, the report indicates “that Africa’s vast tourism potentials need to be fully exploited because tourism continues to be one of the fastest growing and most dynamic sectors on the continent.”

According to the tourism report, about 20 million people are working directly or indirectly for the tourism industry and the sector accounts for more than 7 per cent of jobs in Africa. The report insists that a lack of dedicated incentive, policies, the need for closer regional cooperation, weaknesses in infrastructure and security have been the main barriers of the sector.

Kenya Airways has officially opened its state of the art lounge ‘The Pride’ at T1A terminal of Jomo Kenyatta International Airport (JKIA).

For the first time in the history, Abidjan’s Félix Houphouët-Boigny International Airport has welcomed a Airbus A380 aircraft.