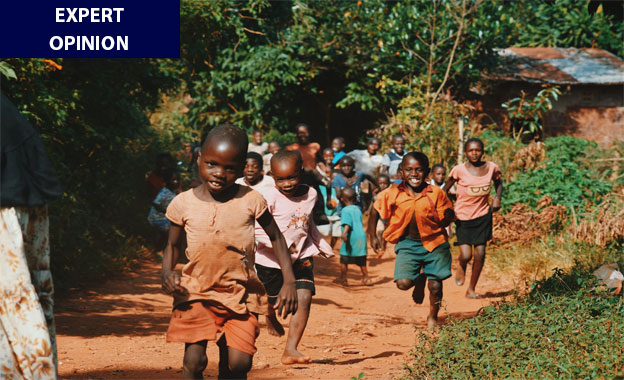 Africa’s economy is developing well, but the continent needs stronger growth and more jobs, says the African Development Bank (AfDB) in its latest economic outlook. AfDB’s annual African Economic Outlook report highlights economic prospects and projections for the continent as a whole and for each of the 54 countries.

The bank offers short- and medium-term forecasts on the main socio-economic factors such as jobs and defines ‘next steps’ for African countries to better economic performance. The most important take-away of the report is that African countries need to grow faster, to address the structural challenges of persistent fiscal deficits and debt vulnerability.

The AfDB report warns that Africa’s positive growth outlook is clouded by downside risks. There are risks from uncertainty in escalating global trade tensions, normalization of interest rates in advanced economies, and uncertainty in global commodity prices. Many African countries are also vulnerable to debt distress, security and migration concerns, and political uncertainties.

The AfDB insists that, in many African countries, vigorous public finance policy interventions are needed in tax mobilization, tax reform, and expenditure consolidation to ensure debt sustainability. For countries in a monetary union, well-functioning, cross-country fiscal institutions and rules are needed.

Africa’s labour force is projected to be nearly 40 percent larger by 2030. The AfDB warns that, if current trends continue, only half of new labour force entrants will find employment. Also, most of the jobs will be in the informal sector, leaving many Africans without jobs. “Firm growth and survival are held back by corruption, an unconducive regulatory environment, and inadequate infrastructure”, the report states. Millions of jobs are lost every year due to administrative hurdles, corruption, inadequate infrastructure, poor tax administration, and other red tape. The report: “Because of this, small and medium firms have had very little chance of growing into large firms. Such stunting, coupled with low firm survival rates, has stifled manufacturing activity in most African countries.” Therefore, the advice of the AfDB report is that reviving Africa’s industrialization requires a commitment to improve the climate that supports firm growth.

Integration is the answer

The overall key message is that Africa needs integration to prosper more. To that goal, the Continental Free Trade Agreement (CFTA) can offer substantial gains for all African countries. Eliminating today’s applied bilateral tariffs would increase intra-Africa trade by up to 15 percent, but only if rules of origin are simple and transparent. Removing nontariff barriers with countries outside Africa could increase trade and boost the continent’s tariff revenues by up to $15 billion.

Good news is on the way. “The World Trade Organization’s Trade Facilitation Agreement (TFA) is expected to reduce trading costs by 14 to 18 percent and increase world trade by 0.5 percent, with developing and especially least developed countries benefiting the most. It is also likely to reduce the time needed to import goods by a day and a half and the time needed to export goods by almost two days.”

There is still work to be done, the report concludes. “Bold reforms, especially at the institutional level, can synchronize financial governance frameworks across Africa and remove any remaining legal restrictions to cross-border financial flows and transactions.” Also, to harmonize payment systems, adoption of stronger technological advances can facilitate movement of funds across borders.

Africa’s total GDP growth reached 3.5 percent in 2018, about the same as in 2017 and up a little from 2016. 2019 looks even better, with a projected growth of up to 4 percent. The highest growth numbers have been recorded in East Africa; the region is to grow 5.9 percent in 2019 and 6.1 percent in 2020. Strong growth was seen in Djibouti, Ethiopia, Rwanda, and Tanzania, while Burundi and Comoros performed less strong. Growth in Central Africa remains below the continental average but recovering commodity prices and higher agricultural output allow for a more favourable outlook. Growth in Southern Africa will remain moderate in 2019 and 2020.