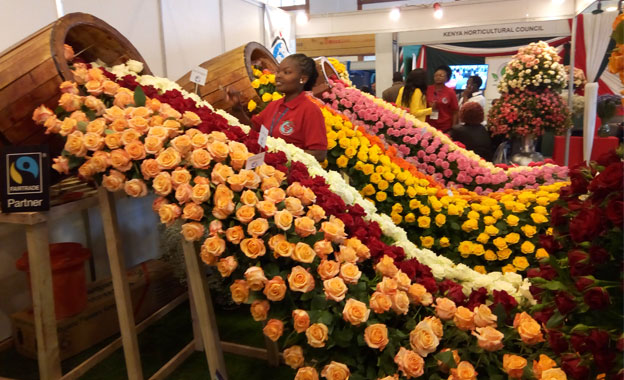 Kenya’s flower industry is reporting record-breaking earnings. According to the latest numbers, provided by the Horticultural Crops Directorate of the Kenya government, revenues from cut flowers almost reached the € 1 billion mark in 2018, setting a growth record of 38 percent compared to 2017.

The growth numbers strengthen Kenya’s position as the world’s fourth largest producer of cut flowers, after The Netherlands, Colombia and Ecuador. The country’s floriculture sub-sector has recorded sustained growth over the years. According to figures from the Horticultural Crops Directorate, earnings from cut flowers in 2018 stands at 113 billion Kenyan Shillings (about € 995,050,285), up 38 percent from € 723,027,455 in 2017.

From roses to statice

The industry has come a long way in the past 30 years. Since 1990, Kenya’s export volume has recorded high growth in volume and value of cut flowers exported every year. The volumes went from 10,946 tons in 1988 to 159,961 tons in 2017. The roses, carnations, alstromeria, gypsophilla, lilies, eryngiums, arabicum, hypericum and statice you find in EU flower shops today, may have been harvested two days ago in Kenya.

360 tonnes per day for export

A large part of the local flower production on average 360 tonnes per day is exported – most KLM and Kenya Airways planes leave Nairobi airport loaded with flowers. According to figures of the Kenya Flower Council (KFC), approximately 50% of exported flowers are sold through the Dutch Auctions. Kenya flowers are sold in more than 60 countries. The flower industry contributes around 1.06 per cent to Kenya’s Gross Domestic Product (GDP).

Top quality throughout the year

The success of Kenya’s flower sector has been attributed not only to the country’s favourable and stable climate, that provides an opportunity to grow quality produce throughout the year. Kenya has fertile land, abundant water and experienced workforce in floriculture. There is more: the Kenyan government actively supports the industry, through the provision of incentives such as nil or reduced duties and other taxes on imported inputs crucial to the sector.

KFC insists: “These factors, according to Africa’s Competitiveness in the Global Economy Report 2018, put Kenya’s flower industry among the leading players in the world’s fast-growing and dynamic flower export business, playing in the leagues of Netherlands, Colombia, Ecuador and Ethiopia, commonly referred to the big five in the world’s floriculture industry.”

In Kenya, floriculture has been identified as a key component of Kenya’s Vision 2030. But not all is rosy in the flower industry. One the one hand, the industry provides many jobs. More than 100,000 floriculture workers are employed by over 300 exporters from Kenya. On the other hand, the issue has been raised of the low wages in the industry, by the Kenya Plantation and Agricultural Workers Union (KPAWU) in Naivasha. The minimum wage for an unskilled agricultural employee is about $65 a month and the KPAWU insists workers need to get paid more to be able support their families. According to a KPAWU spokesman, the flower industry is "taking advantage of cheap labour as a result of our government's investor-friendly labour policies." The union has already managed to negotiate better working conditions on behalf of over 30,000 flower farm employees in Naivasha.

While disputes over issues like this will probably not get solved overnight, the flower industry in Kenya is optimistic about the growth prospects. KFC expects national and county governments to introduce more favourable policies, for instance on taxation, energy, water, land, infrastructure, investments, institutional coordination, innovation and human capital, to create even more ease of investment and doing business. With these incentives, the flower industry is to blossom even more. 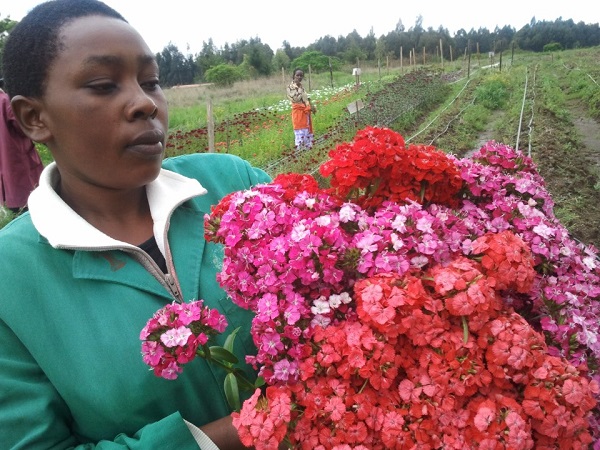 Cycling in Kenya for a healthy Africa  | What's hot

The Kenya Classic is the cycling adventure in Africa. This fundraising event for Amref challenges cyclists to climb the Mount Kilimanjaro.

The rise of satellite ICT cities