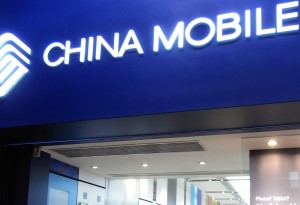 China Mobile, the country's largest 4G mobile network operator, has started the development of 5G technology, the next generation of mobile internet.

Xinhua reports that China Mobile outperformed its two and only telecom service providers, China Unicom and China Telecom, in the 4G race after getting official approval to launch services based on TD-LTE standard by the end of 2013. China Mobile had 90 million 4G subscribers last year with 240 million cell phones sold and 700,000 base stations built, data from the company showed.

5G, the fifth generation of mobile network, will run a lot faster than 4G. Experts believe it is possible to run a wireless data connection at an astounding 800Gbps - that's 100 times faster than current 5G testing. This speed would enable users to download 33 HD films at a time, in a single second.

In two years from now, China will have the world's longest quantum communication network stretching 2,000km from Beijing to Shanghai.

Forbes reports on four trends in China’s internet statistics. The first trend is also seen elsewhere, but remains very clear in China: mobile is the future