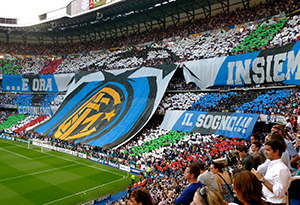 After well-known international hotels in the US and London, as well as legendary prime real estate in several countries in Europe, Inter Milan – one of the continent’s well-known icons of football – has been sold to Suning Commerce Group, a Chinese investor.

China’s President Xi’s wants to get 50 million children to play football. His strategy is to 20,000 football training centres and 70,000 pitches by 2020, improving domestic talent, and national team aspirations for the World Cup. According to a Forbes’ report, Xi is also “relying on investment into the CSL by oligarchical owners, as dutiful diligence to China, to acquire the best managers or former players to manage CSL club teams.”

Selling football clubs and other assets to Chinese investors

China’s investors have a keen eye for investments that will make money for them in the West.

The ICBC Bank is expanding its push into London’s precious metals market. The company just bought one of Europe’s largest gold vaults from Barclays.