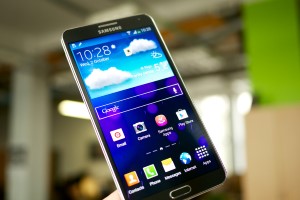 Chinese mobile phone manufacturers are performing so strong, that even Samsung is getting hurt and is feeling threatened. The Korean electronics company reported a near 50 percent fall in third-quarter net profit due to growing competition from Chinese firms.

One of the challenges of Samsung – and Apple – is Xiaomi. This enterprise has now become the third-largest smartphone vendor in the world, just three years after entering the market.

The secret of Xiaomi’s success is that the manufacturer offers inexpensive models with high-end features. Important note: Xiami sell its phones online.  Xiaomi’s global market share is now 6 percent, just behind Samsung Electronics and Apple Inc. Samsung dominates with 25 percent, but the Koreans are down from 35 percent a year earlier while Apple fell slightly to 12 percent. Xiaomi is ahead of domestic rivals Lenovo and Huawei. The firm expects to sell 60 million smartphones this year.

Sales of Chinese smartphones are surging. Of all smartphones in the world, 33.8 per cent were made in China. Xiaomi is one of the strongest performers.