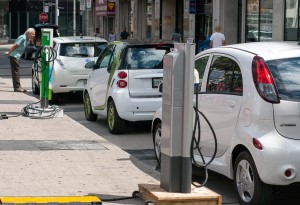 Plates that differentiate ‘new-energy vehicles’ are important because many local governments give them preferential treatment. In Beijing, these cars are exempt from rules banning most vehicles from the city center during certain days of the week.

Green Car Reports says that in China, the sale of electric cars is not only promoted by purchase incentives. In certain cities, owners of an electric car face no limits in how many can be registered, and when they can be driven.

The new rules are meant not only to entice consumers to buy electric cars, but also to deal with the problem of air pollution in Chinese cities.

Within 15 years China will be the world’s largest market for autonomous vehicles, the Boston Consulting Group China concludes based on research.