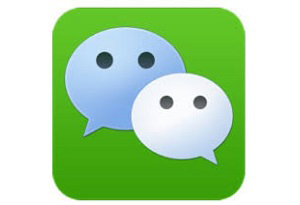 Hundreds of millions of Chinese use WeChat to communicate and to find news and knowledge. It is also a place to find rumours. This is why Internet giant Tencent launched Rumor Filter, a new feature that may make it easier for people to check the truthfulness of social-media information.

According to the Wall Street Journal, a survey released this month showed that WeChat is now a bigger channel for online rumours than other social networks such as the Weibo microblogging service, in part because people use WeChat more often than any other social apps. Some reports say that WeChat intercepts ‘rumors’ as many as 2.1 million times a day, typically in posts on food and personal safety, disease, personal-health regimes, fraud, finance and parenting techniques. Tencent says it launched Rumor Filter to help WeChat users distinguish rumors from facts.

When a user sends a chat message – a phrase or sentence stating what the rumor is – to the RumorFilter account, it aims to give an auto reply that clarifies whether that rumor is true. According to a blog on the Wall Street Journal, the new feature answers simple questions. “Is a crayfish an insect?” gets a lengthy reply explaining why a crayfish isn’t an insect. Most messages that don’t match certain keywords and phrases either get no reply or a reply saying “there is no relevant information.”

Image by Anarchy-Ren, via Wikimedia Commons

To get in touch with the players in China’s business arena, you need to be an active WeChat user. Club China offers a few important lessons.

KLM connects to the Chinese consumer on WeChat

KLM on WeChat, one of the world’s best chat apps. The next step for our airline: making followers book on WeChat and pay for it without leaving the app.