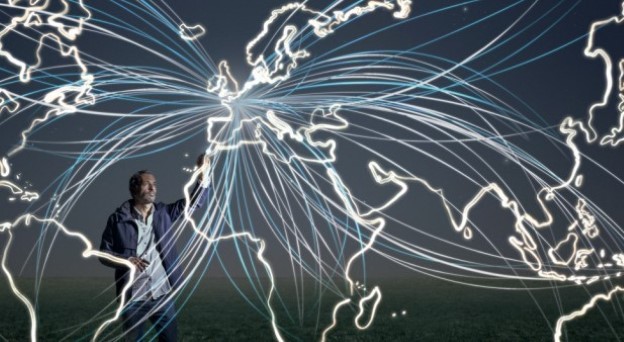 “This winter, we have decided to leverage our assets by redeploying our capacity to growth markets in order to improve our economic performance. Capacity is increased on the entire long, medium and short-haul network. The Group will launch over 50 new routes, mainly with Transavia, and will pursue the move upmarket of its products and services”, stated Jean-Marc Janaillac, Chairman and CEO of Air France-KLM.

This winter, on its short and medium-haul network, Air France-KLM offers 12 new routes in response to strong demand on the European market – Biarritz (France), Glasgow (Scotland) and Oran (Algeria) on departure from Paris-Charles de Gaulle as well as Luxembourg on departure from Lyon operated by Air France. Dresden (Germany), Dublin (Ireland), Inverness (Scotland), Genoa (Italy), Southampton (UK), Valence and Alicante (Spain) complete the new routes operated by KLM on departure from Amsterdam-Schiphol. HOP! Air France will launch the new Navette to Montpellier. This is in addition to the four existing routes between Paris-Orly and Toulouse, Bordeaux, Marseille and Nice. In continuation of the 2016 summer season, Air France also serves the Rennes-Amsterdam-Schiphol route.

These aircraft will fly to 33 destinations -

This winter, at the Paris-Charles de Gaulle hub, Air France-KLM is adjusting its departure and arrival connecting times. This new organization aims to create new connecting opportunities for passengers and improve the Group’s economic and operational performance. In this way, long-haul/medium-haul and medium-haul/short-haul connections will improve through -

The Group is increasing capacity to the United States with the launch of two new routes**.

On 30 October 2016, KLM will relaunch its service from Amsterdam-Schiphol to Miami, the 4th-largest urban area in the U.S. The route will be operated 3 times weekly, complementing a daily flight operated by Air France Airbus A380 on departure from Paris-Charles de Gaulle.

The daily Paris-Orly – New York-JFK service, inaugurated by Air France this summer, will be extended this winter. This offer complements the services operated on departure from the Group’s main hubs. In total, Air France-KLM, together with Alitalia e Delta Airlines, partners in the vast transatlantic joint venture, will offer 70 services on departure from Paris-Charles de Gaulle and Amsterdam-Schiphol to New York-JFK.

Moreover, this winter, Delta Air Lines, a partner of Air France-KLM, will extend its service to Amsterdam-Schiphol from Salt Lake City with 5 weekly flights, initially operated during the summer season only.

In Central America, on 2 November, Air France will inaugurate the new seasonal service between Paris-Charles de Gaulle and San José with 2 weekly frequencies. Costa Rica, renowned for its eco-tourism, is the 6th largest market in Central America.

In the Caribbean, capacity is increasing with additional frequencies serving the French (Fort-de-France and Pointe-à-Pitre) and Dutch West Indies (Aruba, Bonaire and Paramaribo). Moreover, KLM will offer 3 direct weekly flights connecting Amsterdam-Schiphol to St. Martin, improving capacity to this destination.

Against the continuing gloomy backdrop in Brazil, Group capacity to Rio de Janeiro will be revised downwards, reducing Air France’s offer to a daily service on departure from Paris-Charles de Gaulle. The Company has also suspended service to Brasilia. On this key market, KLM continues to serve Rio de Janeiro by Boeing 787 Dreamliner. Finally, thanks to its strategic partnership with GOL Linhas Aéreas Inteligentes, the Air France-KLM group is expanding its network with another 32 destinations in Brazil.

The Group is adapting its capacity in Egypt with the suspension of the Amsterdam-Schiphol – Cairo service as from January 2017, while maintaining a strong presence on this key market with the arrival of the first Air France Boeing 787

On 31 October 2016, KLM will inaugurate service to Colombo (Sri Lanka) on departure from Amsterdam-Schiphol, operated twice weekly by Boeing 787. This new service will accompany the country’s sustained growth, notably driven by the tourism sector.

In South East Asia, KLM is strengthening its partnership with Malaysia Airlines, by offering 15 destinations on departure from Kuala Lumpur including Australia. In continuation of the summer season, the Group will offer 10 weekly flights between Amsterdam-Schiphol and Kuala Lumpur. On the other hand, the Singapore – Jakarta service as a continuation of the flight from Paris-Charles de Gaulle is suspended. Thanks to the strong partnerships with Singapore Airlines and Silk Air, Air France-KLM customers will have access to a wide network in Indonesia.

The Group is continuing to expand services to Kazakhstan in continuation of the summer season. Astana is served by KLM with 4 weekly flights from Amsterdam Schiphol via Almaty.

Air France-KLM is also extending its presence in India by improving its code-share agreement with Jet Airways, signed in March. Subject to obtaining governmental authorizations, this new agreement will offer, from the start of the winter season, new travel options for passengers travelling to India, on departure from the U.S. via the Paris-Charles de Gaulle hub and will complete the existing offer via Amsterdam-Schiphol hub.

As from 30 October, KLM will be offering 3 weekly flights from Amsterdam-Schiphol to Windhoek (Namibia), as a continuation of the flight to Luanda (Angola). A popular destination for safaris and its wilderness, the city is a new destination for the Group on the African continent.

By increasing capacity, the Group is once again demonstrating its agility on the European network and is adding 12 new routes** this winter.

On departure from Amsterdam-Schiphol, KLM will inaugurate a twice-daily service to Dublin and, in continuation of the summer season, will continue to serve Dresden (Germany), Inverness (Scotland), Genoa (Italy), Southampton (UK), Valence and Alicante (Spain).

On departure from Paris-Orly and the French regions
On the HOP! Air France network, capacity is stable after several seasons marked by restructuring.

With an increased number of frequencies this winter, Montpellier is the 5th Navette service route, in addition to the four existing routes from Paris-Orly to Toulouse, Bordeaux, Marseille and Nice.

There will be 10 daily flights to Montpellier, confirming the frequency, flexibility and accessibility of the Navette service.

On departure from the French regions, the Rennes – Amsterdam-Schiphol route will be operated by Air France, in continuation of the summer season. Flights to Luxembourg on departure from Lyon will also continue.

Air France-KLM’s low-cost activity will serve in total 76 destinations in 25 countries. 7 new Boeing 737-800 will join the fleet, bringing Transavia’s fleet to a total of 50 aircraft by the beginning of the 2017 summer season.

As a result, Transavia, the Group’s fastest-growing activity, continues to develop its activity on departure from France, the Netherlands and Germany, notably from its base in Munich, launched in March. On departure from Paris-Orly and to Portugal (Lisbon and Porto), Transavia is adapting to strong demand by increasing capacity for this winter. On the Paris-Orly – Tel Aviv route, the Group’s low-cost activity is doubling its frequencies, increasing its offer to 10 weekly flights.

KLM to resume service to Tehran

KLM Royal Dutch Airlines will resume service to the Iranian capital of Tehran from 30 October 2016. This will be the 14th new destination of KLM in 2016.

In September 1966, Air France became the first European carrier to serve the People’s Republic of China with its route Paris-Shanghai.

Take off to Tehran with Air France