The tallest hotel in the world – Gevora Hotel Dubai 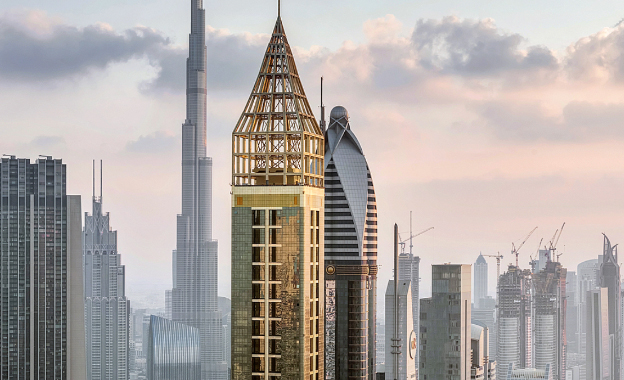 The city of Dubai has a history of hosting the world’s tallest hotels. Now a new hotel is claiming the title: the 356-metre high Gevora Hotel opened in February.

Dubai is the home of a significant number of the world’s tallest hotels. There is the JW Marriott Marquis (355 meters high), the 333-meter Rose Rayhaan by Rotana, the Burj Al Arab and Jumeirah Emirates Towers Hotel, all skyscrapers offering their guests wonderful views of the city, the desert and the sea.

The new Gevora Hotel, the new world's tallest as a single building, is barely a meter taller than the 77-floor JW Marriott Marquis. The measurements are taken from ground level to the top of a hotel's mast. The Gevora is a gold-coloured 75-storey tower with hotel rooms all the way to the top. The hotel offers a choice of four restaurants and an open-air pool deck. According to EmiratesWoman, the hotel will also feature a health club and jacuzzi, as well as a luxury spa on the topmost floor.

In Dubai, a new hotel opened its doors, that claims to be the first and only sports-themed hotel in town: The Park Inn by Radisson Dubai Motor City.

If business takes you to Dubai, here is the perfect location to spend your entire budget in a few days: The Bulgari Resort & Residences Dubai.

The Hyatt Centric Gran Via Madrid has opened its doors. The new hotel, located on Madrid’s vibrant Gran Via, is the first Hyatt hotel in mainland Spain.