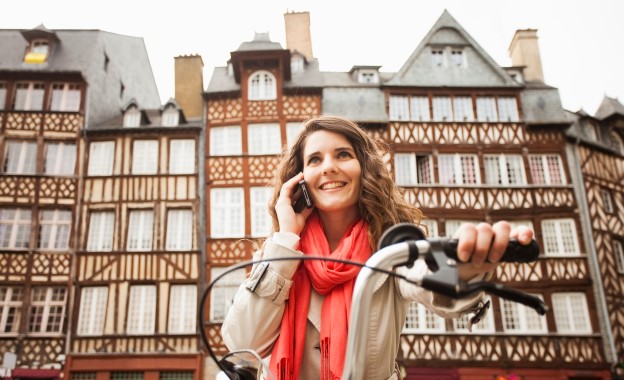 Starting March 26th, 2023, KLM is launching a direct service to the new destination of Rennes in the west of France. The service will be operated by KLM Cityhopper. Rennes is KLM's eighth destination in France. By including Rennes in its network, KLM is improving access to the region of Brittany for our customers.

Rennes
Rennes is the capital of Brittany in the northwest of France. With more than 3000 historical buildings and monuments, Brittany is one of the country's most heritage-rich regions. There are many festivals for you to enjoy in the Breton capital and plenty of exciting outdoor activities, such as kayaking, stand-up paddle boarding, and horse riding.

Flight schedule
The KLM Cityhopper Embraer 175 aircraft will have a total seat capacity of 88. The service will commence at the start of the summer schedule on the 26th of March 2023. The flight schedule will be the same from Monday through Saturday, with different times on Sunday.

This winter – KLM will fly to adventurous Finnish Lapland

Air France is continuing to increase its capacity between Paris and New York by opening a new service to Newark Liberty (EWR).

KLM and IndiGo, India’s leading airline, have signed a codeshare agreement that enables customers to book KLM tickets to 16 new destinations in India.