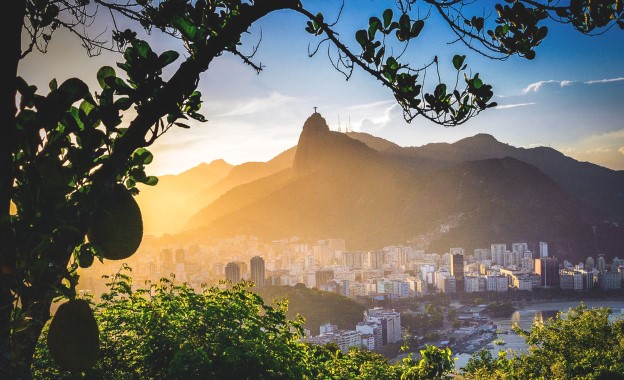 Air France, an ambassador of French lifestyle, is installing its summer lounge on the terrace of Club France, in a 120 sq. m. stylish hospitality lounge, from 5 to 21 August 2016. Situated in a strategic and elegant location in the Sociedade Hipica Brasileira, opposite the Lagoa de Freitas, Club France will move to the rhythm of the Games and the performances of French athletes.

The Air France Lounge includes a temporary travel agency, an exhibition area and offers several special events including music with DJs every evening at sunset. Délicieuse Musique, Jabberwocky, Postaal...... 8 French DJs will share the stage in the lounge during the Games.

Experience the Olympic Games in Rio in a different way

Air France, Official Sponsor of Club France in Rio, will take you behind the scenes of the French team at the Rio Olympics on social networks: athletes in training, transport of equipment, the life of fans in Rio and moments of emotion and celebrations at the Club France lounge for all fans of the French team. You can follow all the action on Air France’s YouTube channel, Facebook page and Twitter account.

1,659 seats for athletes and fans to fly back to France

On 22 August 2016, Air France will be organizing exceptional flights to fly the French Olympic team and its fans home. The day after the closing ceremony, the Company will charter two Boeing 777-300 (each with 381 seats) to fly the entire French delegation and its sporting equipment from Rio de Janeiro to Paris-Charles de Gaulle.

Furthermore, to meet the high demand, the flight by Airbus A330 will exceptionally be operated by Airbus A380 (with 516 seats), an increase in capacity of 308 seats. For the first time, Air France will operate the superjumbo between these two cities. A second daily flight will carry Air France customers on board a Boeing 777-300, providing a total of 1,659 seats.

On arrival of the delegation at Paris-Charles de Gaulle, the athletes will be given an exceptional welcome. The aircraft, whose side will have been painted in the colors of the "Paris 2024" bid, will park in front of the arrivals terminal. Then, to the applause and cheers of Company staff, the athletes will disembark via a jet way on the tarmac and enter the terminal via a red carpet where their fans will be waiting for them.

In this way, Air France, Official Supplier of Paris 2024, is showing its full support for the city’s bid to host the Olympics in 2024.

Service by Air France: Always an answer on our social networks, attention to details on flights and welcoming in your native language. Watch the video.

Since 14 March 2016, the Air France app has been enhanced with new features in addition to a new design. The app is now available for tablet as well.