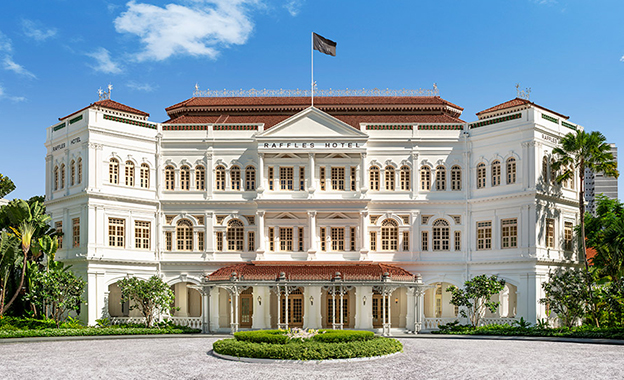 Following more than two years of renovation work, Raffles Singapore has opened its doors for guest stays. The iconic property closed for the extensive project in February 2017 and now offers 115 new suites and a range of fine F&B outlets.

After having opened in 1887 as a ten-room bungalow, Raffles Singapore became Singapore’s best-known hotel; in 1987 is was designated a national monument by the government of Singapore.

The Tanjong Pagar district has another great boutique hotel. The Six Senses Maxwell Singapore is housed in a colonial-style 19th-century heritage building.

The new Raffles Istanbul: butler service and a heated heliport

Experience Raffles Istanbul a new hotel with a gourmet restaurant overseen by a Michelin-star chef.