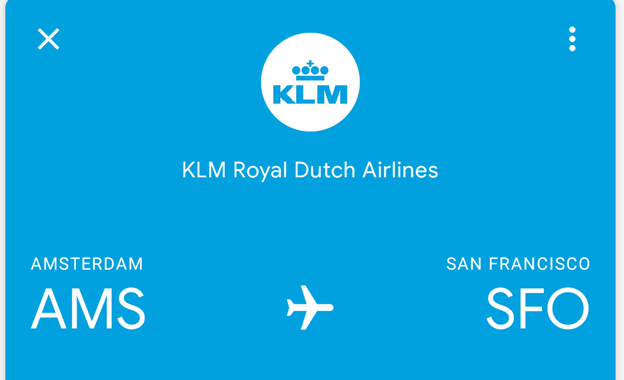 The KLM app’s features are designed to enhance overall comfort before, during, and after the flight. The addition of the payment method Google Pay to KLM’s app contributes to this.

KLM is one of the first airlines in Europe that offers the functionality to store the boarding pass to the Google Pay app. Boarding passes automatically pop up on a phone a couple of hours before the flight. A similar functionality was already available to users of the iOS KLM app, via Apple Wallet.

Starting today, the new feature is available for KLM app users in countries such as United Kingdom, USA, Spain, Germany, and Brazil. Google announced that Google Pay will come available globally in due time, so KLM expects it does not take too long before it will be available to users in The Netherlands.

The Google Pay functionality has been added to the KLM app’s existing line-up, such as booking a flight, checking in online, and downloading boarding passes. Soon the option to buy Wi-Fi on board the aircraft will be added together with CO2 compensation possibilities. The KLM app has already been downloaded millions of times and has more than 100,000 active users each day. No fewer than 70% of the app users are logged in permanently and are using the KLM app several times a month. 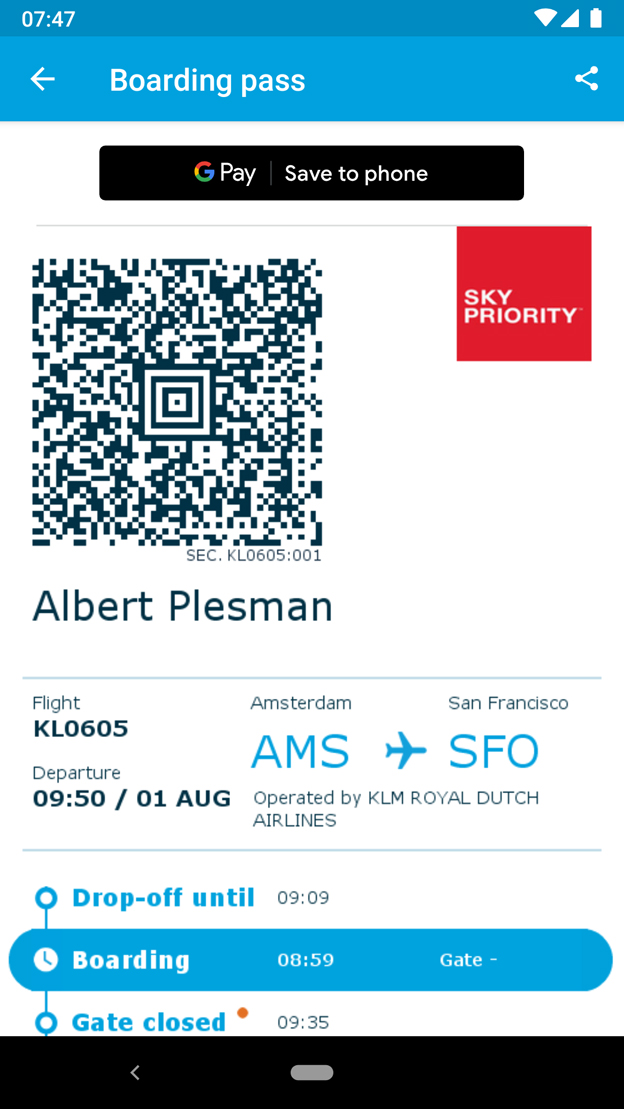 Use WhatsApp to rebook your cancelled flight

Having the misfortune of your flight being cancelled while transferring at Amsterdam Airport Schiphol? No worries: just rebook your flight using WhatsApp.

KLM offers its customers around the world booking and check-in confirmation, boarding pass and flight status updates via Facebook Messenger.

KLM will offer a new Economy Class service concept aboard its intercontinental flights. Passengers can immediately get set for their journey.